The best wildlife experiences around Australia Here are some of the country’s finest wildlife experiences and destinations home to native and endangered Aussie animals. You can learn how these conservation sanctuaries work to save them while also teaching visitors about their plight.

For immersive wildlife experiences that can only be described as an overnight safari, Jamala Wildlife Lodge offers guests the chance to stay in luxury lodges virtually built into the habitat of native and exotic animals. Choose to stay just inches away from a lion, tiger, cheetah or a Malayan sun bear – with only a glass wall between you. Or reside among the treetops in a Giraffe Treehouse that overlooks a friendly giraffe, known to wander right up to balconies in search of a feed.

Dedicated to conservation, Jamala Wildlife Lodge focuses its efforts on those animals considered vulnerable and critically endangered, including Sumatran tigers and Malayan sun bears. Set up as an addition to Canberra National Zoo & Aquarium, Jamala contributes funds to the zoo’s all-important breeding and conservation programs. In Sydney’s west, this fantastic family-focused wildlife park boasts Australia’s largest collection of native animals. The park is one of the best for kids (and adults too) to learn about animals, from cuddly kangaroos and koalas, to reptiles and rare species. Choose to explore the park on your own or book up-close wildlife experiences with one of the park’s inhabitants.

Behind the scenes, Featherdale Wildlife Park runs some fantastic conservation initiatives for endangered native species. A few include the Koala Plantation Fund, which seeks to create a self-sustaining food plantation for its koalas; carrying out research into endangered species, such as eastern quolls and spotted-tailed quolls; and partnering with various other wildlife conservation groups. Our Tassie devils have faced their fair share of challenges, having been hunted to near extinction in the 1930s and then plagued by a rare contagious cancer since the ‘90s. Today a visit to one of Tasmania’s wildlife sanctuaries is the best way to see and learn about the endangered species.

[email protected] is a boutique alpine conservation sanctuary, situated at the edge of the spectacular Cradle Mountain National Park World Heritage Area, which specialises in Tasmania’s three largest carnivorous marsupials: the Tasmanian devil, the spotted-tail quoll and the eastern quoll. [email protected] is a key partner of both the Save the Tasmanian Devil Program and the Tasmanian Quoll Conservation Program, which deliver significant and sustainable in situ conservation outcomes for these beautiful, threatened species. Visitors to the sanctuary can join a guided tour, which operate both day and night, conducted by a qualified animal keeper. A guided tour will provide an educational understanding of the animal’s lifecycles, behaviours and threats, as well as give visitors insight into the operation of a working conservation facility. The Northern Territory is bursting with thrilling and unforgettable animal experiences. A standout among them is the Kangaroo Sanctuary in Alice Springs. This rescue centre is dedicated to the rehabilitation and protection of orphaned baby and adult kangaroos. Wonderful for educational and up-close experiences, Chris ‘Brolga’ Barnes, aka the Kangaroo Dundee, and his team rescue, rehabilitate and release orphaned baby kangaroos back into the wild. Those kangaroos raised by wildlife carers from infancy, which cannot be released, inhabit the wilds of the 188-acre refuge. Visitors can explore the sanctuary throughout the year on guided sunset tours led by Brolga and the other wonderful sanctuary tour guides. Lying just off the south coast of Victoria, Phillip Island is most well-known for its population of more than 20,000 miniature penguins who call the island home, hundreds of people gather to watch the little penguins ‘parade’ ashore at sunset… every day of the year! It’s a special experience, where every allowance has been made to ensure that humans don’t impede upon the penguins’ natural habitat and behaviour.

The island is home to an impressive diversity of wildlife, including Australia’s largest colony of more than 16,000 fur seals. Visitors can watch them lounging about on the rocky shore from the Nobbies Centre or can head out to sea on a local seal watching cruise. Home to one of the highest concentrations of nesting marine turtles in Australia, Mon Repos runs nightly tours where visitors can witness turtles come ashore to lay eggs, and, later on in the year, watch their hatchlings make their way to the sea. The entire season runs between November and March with the highest concentration of hatchlings arriving in February and continuing to emerge through to late March.

Championing education alongside conservation, Mon Repos Turtle Centre is an interactive learning centre where children and adults alike can learn about the astounding journeys sea turtles have made – for more than 200 million years – and can better understand the current threats and conservation efforts underway to protect our ocean’s great reptiles. It’s an incredible thing to be able to dive with some of the fiercest creatures of the ocean. With Adventure Bay Charters, you can take a day tour from Port Lincoln marina to  Neptune Island, approximately 70 kms away, to swim with great white sharks. The eco-certified operators will lower you into the water in an entirely safe shark diving cage or an “Aqua Sub” – a submersible glass room which allows you to view the sharks and stay dry. The team will attract sharks with sound (they apparently like AC/DC, but you’re welcome to try your own tunes as well) which is the friendliest and most non-invasive way to attract them. More than just a point-to-point shark dive, your onboard guide will show you incredible scenery and reveal insightful stories on the way. 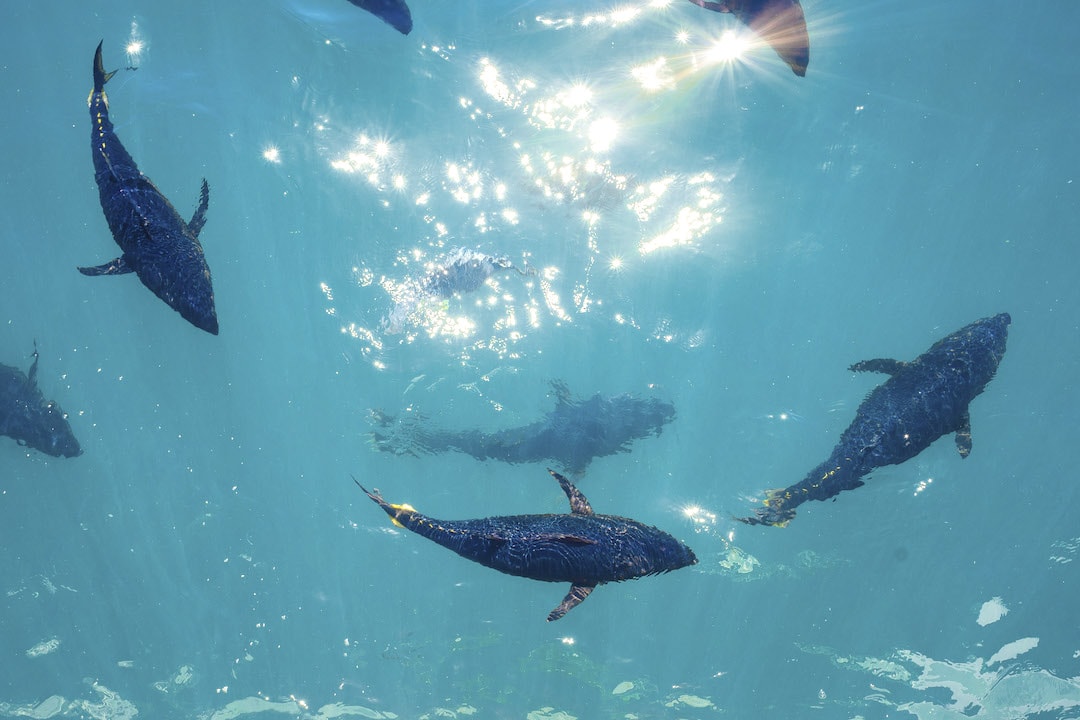 Oceanic Victor operates exhilarating, fun and educational tours to a unique in-sea aquarium just off Granite Island, Victor Harbor in South Australia. Visitors will take a short trip out to the platform via luxury catamaran and interact with a range of marine species including the magnificent southern bluefin tuna. You can also cuddle a Port Jackson shark, explore the touch tanks and view life beneath the ocean’s surface in the underwater observatory. The team of marine biologists are always happy to answer questions and share their knowledge on the marine park in which the platform is located.