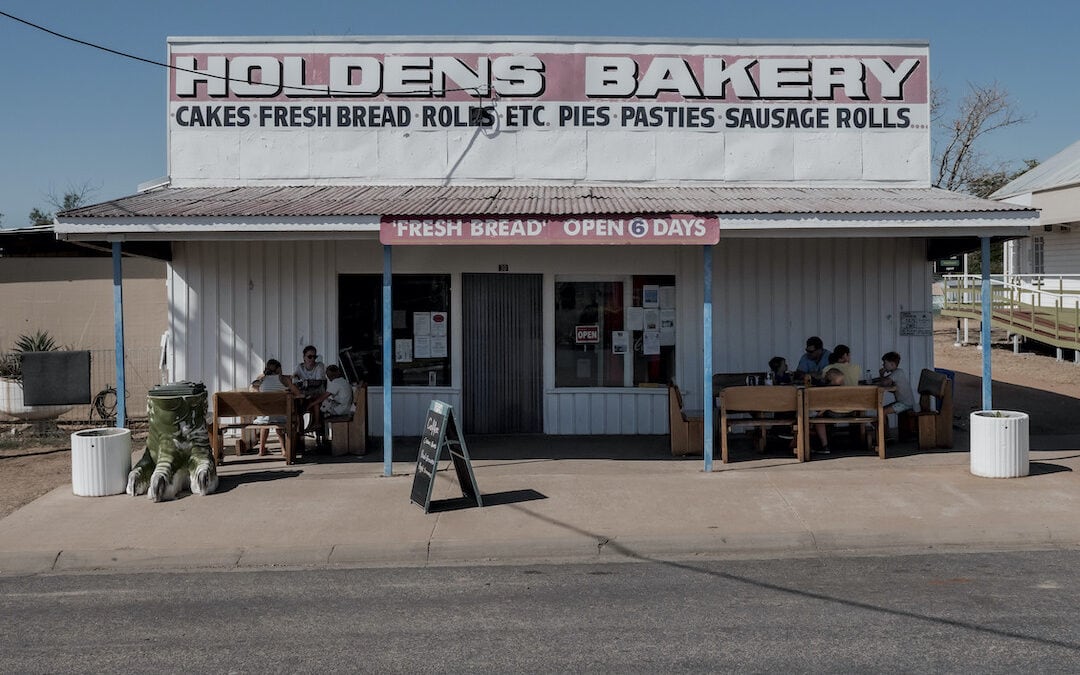 Explore the top 7 destinations in Hughenden, around halfway between Townsville and Mount Isa on the Overlander’s Way, is surrounded by four national parks, spectacular volcanic basalt countryside and sweeping black soil plains.

Across this land, dinosaurs once roamed through a much different landscape than you see today. Forming one-third of the Australian Dinosaur Trail, you are also welcomed by the friendly local humans who now inhabit this region. Come and enjoy Hughenden with us.

Make this your first stop. Say hello to Hughie, the star attraction. Hughie is a seven-metre-tall life-size replica skeletal Muttaburrasaurus. View the impressive fossils and gems collected locally and from around the world. Step back in time to glimpse at the glory days of sheep throughout the region in the “Shearing the Straggler” permanent exhibit. Often referred to as Australia’s “Little Grand Canyon”, this stunning national park first lookout lies about 60km north of Hughenden. The gorge is a jewel in the landscape with towering cliffs carved by flowing creeks and weather over a mere five hundred million years in the making.

Walking tracks from easy to moderate take you to lookouts and into the bottom of the gorge. Don’t forget your water and camera. The gorge, with its permanent waterholes, provides an important refuge wide array of animals. It’s become a birdos top spot, so maybe add the binoculars to that list of what to bring. Closer in town, pause in Brodie Street to see the Federation Rotunda, an artistic sculpture made locals from two 20-foot blade windmills connected by a sheet of iron. A trail of sculptures around Hughenden showcases the regions history and heart depicted through local artists. Many are made from scrap metal with installations such as Darby the Dinosaur, Leanneosaur and the Pterosaurs, and fish sculptures that adorn the streets and local businesses. Grey Street is a great street for a stroll to spot the window panel artworks depicting the town’s cultural heritage.

This scenic 95-kilometre-long 4WD trail rambles through a spectacular landscape.  There are rolling volcanic basalt walls, deep long valleys and excellent lookouts. Plus, an array of flora and fauna to spot along the way. Amongst the grassy downs areas, Flinders Poppy, which Hughenden is well known for, burst into flower in the drier months, creating rivers of red along the open plains. Simply spectacular. Always check conditions before you drive. This is a dry 4WD road only, however, one so very scenic. A mere 80km east of Hughenden is the magical White Mountains National Park, one of inland Queensland’s most botanically diverse parks. Renowned for its contrasting white sandstone bluffs, wild wilderness and colourful wildflowers that spring to life generally in the winter months. Then there’s the plentiful fauna in this special park that protects 14 different ecosystems in the Desert Uplands bioregion.

The landscape around Hughenden continually amazes with its beauty. At Mount Walker, the flat black soil plains are disrupted by mammoth mountains and when you reach the top of Mt Walker you are rewarded with 360° stunning views over Hughenden and the district.

Located 10 km south of Hughenden via a fully sealed road, it was named by explorer William Landsborough after Frederick Walker. Mount Walker is approximately 478 m above sea level and boasts six lookouts. Top tip: one of the best sunsets’ locations.

This is one of the region’s best-kept secrets. Kooroorinya Falls Nature Reserve is on private property 54km south of Prairie. Tower Creek after rain creates an impressive waterfall into a rocky gorge. Following the wet season, a chain of permanent billabongs endure and provide first-rate fishing and swimming or maybe simply relaxing by the banks. There is abundant wildlife, both bird and animals on the reserve, so bring your camera and binoculars. For campers, there are modern toilet facilities, hot showers, and fire pits. Swimming in the waterhole © Tourism and Events Queensland

Hughenden was named by Ernest Henry who stumbled across the area in 1863 and set up camp then named his parcel of land Hughenden Station. Hughenden was the name of the Tudor Manor house belonging to his Grandfather in Buckinghamshire, England.

Feel like taking a trip to this beautiful town? Rex Airlines offers flights to Hughenden on their N2 route, departing from Townsville. Click here to book. If you enjoyed this article on the top 7 destinations in Hughenden, read here to learn more about wonderful Outback Queensland adventures.