Michelle Hespe explores Port Douglas and Mossman Gorge and, after a fairytale experience, becomes one of the region’s many besotted lovers.

I land in Cairns late at night and head north to Port Douglas along a spectacular winding road. Tightly hugging the coastline, I travel further into the dense tropical paradise. The moon is shining brightly, creating silver slithers that snake across the Coral Sea to my right. To my left, the rainforest is thrumming with a cacophony of sounds by birds, frogs and crickets. It’s the only place in the world where two World Heritage sites – the Great Barrier Reef and the Daintree Rainforest – magically merge together. It’s as if the pages of a fairytale are opening before me. Staying at the QT Port Douglas

Entering the lobby of QT Port Douglas, I’m already aware that a spell is softly snaking its way around me. I’ve heard many people praise the beauty of this area. It’s no surprise that Port Douglas came in at number three on Australian Traveller magazine’s ‘best towns in Australia’ list. The sense of peace, coupled with the heat, is like a calming balm.

After a smooth check-in, I walk across the cool white tiles, past a waterfall, which has a funky black-and-white striped pelmet and is tumbling into a pond brimming with hot-pink lilies, and over a small suspension bridge to the hotel’s restaurant, aptly named Bazaar. Its marketplace-style buffet offers an incredible array of food, including charcuterie; a sublime selection of cheeses; creative, super-healthy salads; assorted Asian wok fry-ups; and a wall of delectable desserts. In fact, to use the word ‘buffet’ doesn’t do justice to this fabulous spread. Think of it as an artisan smorgasbord of Australian delicacies. If the QT isn’t your style, you’ll find plenty of other accommodation options in the area, from swanky resorts and laid back cabins. Check out what’s on offer.

Early the next morning, with blue skies above, I meet up with Cameron Buchanan. Cameron is my guide for a Dreamtime Gorge Walk in Mossman Gorge, about 10 minutes out of Port Douglas. A bus meets a small group of us at the Mossman Gorge Centre. It’s a staff training hub, the idea being to train local Indigenous people, who know the area well, to impart their stories and culture to visitors. The entire complex is an architectural delight; the main entrance features a sculpted wall that imitates the shape of a Daintree nut. The building also houses a gallery for local Far North Queensland Indigenous artists, a café and an information desk.

Cameron, a tall man in his 30s, is from the Kuku Yalanji tribe. The tract of rainforest I’m visiting was his backyard when he was growing up. “You always look after your land and it will look after you,” he says. We all take part in a traditional smoking ceremony, standing in the smoke of a fire he has lit. It’s his way of welcoming us to his land – we are cleansed and bad spirits are warded off. “You’ll be safe walking through the rainforests, as my ancestors now know you are here and will walk with you,” he says.

Cameron asks us to each choose a walking stick made from a local tree that feels like a good fit. Then, we head off into some of the most lush, dense, emerald-green rainforest I’ve ever seen. Along with the giant ferns, the tree canopy and vines overhead make me feel very small. It’s as if I’m an insect completely covered from sight. I move curiously along the well-worn, rich soil pathways that snake through the undergrowth. 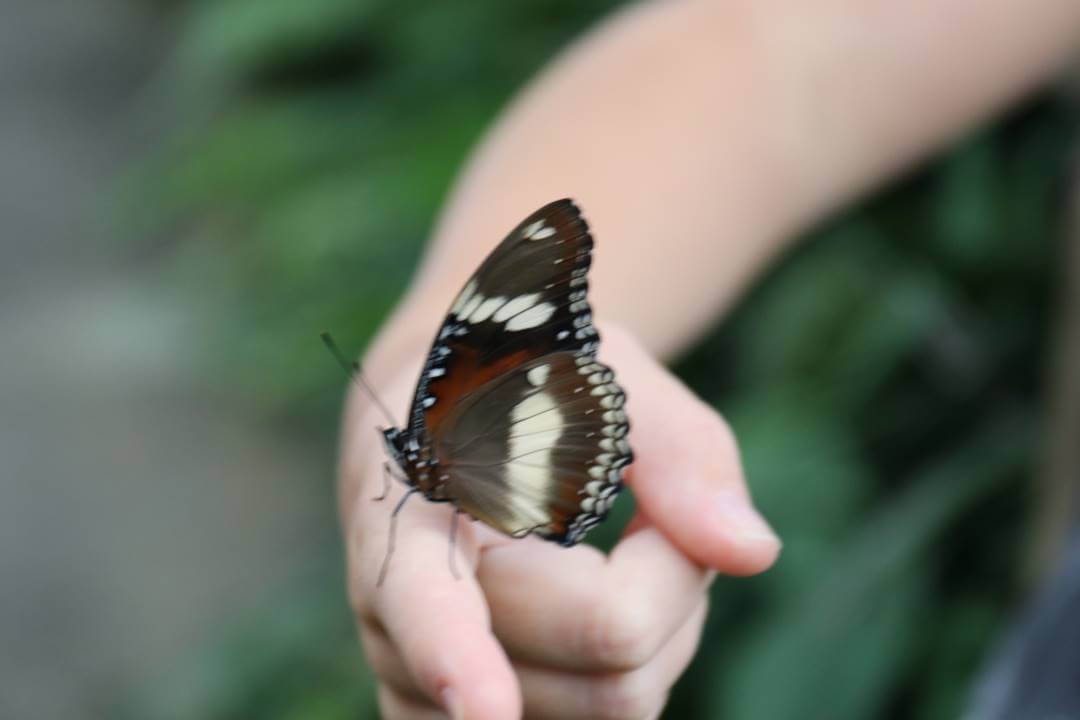 We stop at humpies (Aboriginal huts) and other fascinating spots, where Cameron explains traditional plant use and sources of bush tucker. He tells stories of his people and reminisces about exploring and learning from his grandfather when he was a child. We stop for a swim in the clear water of the gorge and dry off on the rocks. Cameron demonstrates how different crushed rocks make earth-coloured ochre pigments for body painting. The walk winds up at a big timber table, where we are offered bush tea and tamper.

Only a few minutes down the road from the gorge is Janbal Gallery. To step into this world of art is to move within the colourful stories of Brian ‘Binna’ Swindley. He’s a local Aboriginal artist who documents his life and conveys the world around him through his paintings. Binna’s works feature incredibly intricate details and vibrant, uplifting colours. He adopts modern take on traditional Aboriginal dot painting and is happy to share his style with visitors. Inviting them into his studio gallery, he teaches guests how to paint with a thin stick.

As we chat about life and his late mother, who was also a prolific painter, he steadily paints dot after dot on a small canvas, creating a picture for me to take home. As I watch intently, I begin to see the tale emerge; the story of a man hunting an emu, the human footprints tracking the tell-tale prints of the large bird.

When it’s my turn I discover that the slow, steady, rhythmic movements involved in dot painting are therapeutic. Silence settles around us, along with a soothing sense of calm. Dot by dot, we tell each other our stories. Afterwards, Binna shows me the surrounding tropical gardens, and with a sweep of his arm he indicates his studio, gallery and home above. “I am very lucky to be here, with my own gallery,” he says. I nod and smile. What a beautiful life.

The many sailing, snorkelling and fishing tour operators in Port Douglas are a friendly bunch, and why wouldn’t they be? You can tell by their radiant smiles and permanently sun-kissed bodies that they have some of the best jobs in the world. I stroll out onto the wharf to where the staff from Sailaway Port Douglas await their guests. I slip off my thongs, board the yacht, Sailaway (recently sailed from France), and meet my fellow passengers. With a glass of sparkling wine and a canapé in hand, I find a good viewing spot on the deck.

After a brief safety talk, the twilight sail – one and a half hours of bliss – begins. We glide out of Port Douglas Marina to the beautiful Coral Sea. The sun sets, washing the clouds in layers of soft pale pinks and mauves. As I sip wine and chat to the friendly staff and the other excited people around me, it dawns on me that I am drifting across a World Heritage site, with another wonder of the world – the spectacular Daintree Rainforest – surrounding me.

Take a look at this Port Douglas sailing experience – a luxury catamaran cruise along the Coral Sea. Dining in Port Douglas – Flames of the Forest

Flames of the Forest rainforest dining experience is something that Port Douglas locals are understandably very proud of. It was listed among Australian Traveller magazine’s ‘100 greatest Australian gourmet experiences’ in 2010. As the bus turns into a secluded property, a man steps out of the night and lights a fire, igniting a snake of flames across our path. We turn and drive on and a minute later, we step out into a wonderland of trees that are so tall they seem to reach upwards forever into the sky and gracefully tangle with the low-lying clouds.

We are welcomed and then seated under a black silk-lined marquee, which is glittering with handmade crystal and bud light chandeliers. The surrounding rainforest is subtly lit and the marquee features a backdrop of handmade bud light stars (“very popular with marriage proposals”, says the event manager).

A degustation of Australian delicacies

The Saturday night degustation is a fantastic offering of Australian delicacies. We sample lightly seared kangaroo loin carpaccio served with a rocket, parmesan and Spanish onion salad with fresh truffle oil; smoked crocodile rillette with crisp ciabatta croute and salsa verde; and house-made spanner crab tortellini in a fennel cream sauce with fresh garden herbs. If you love dessert, the black sapote pave with orange blossom cream and pistachio nut praline will have you booking another dinner here just to get another serve.

Stu Forbes is one of four performers who entertains visitors to Flames of the Forest. Silence falls before he strums the first riff of Phil Collins’ ‘In the Air Tonight’. I can’t help but smile – something is certainly in the air in Port Douglas, and it’s not only tonight. It’s some kind of spell that weaves its magic as soon as you hit the coastal road between the mountains and the sea. And I don’t think it will ever leave me. From sailing and shopping to hiking and fine dining, there’s so much to do in Port Douglas that it pays to do your research. Check out what’s on offer here.