The making of Miranda Tapsell We catch up with Miranda Tapsell – star and co-writer of Aussie flick Top End Wedding.

Miranda Tapsell reminisces about her first day of year one at Jabiru Area School in the Northern Territory. Outside of the classroom, standing in the red dirt in the hot outback, she met a shy, freckly girl. “She told me it was her first day too. I proclaimed that we were friends, and she went along with it” says Miranda with a smile that is dazzling many people around the world right now. “She’s still my best friend today and yes, I’m still that outspoken and decisive person. Some things have not changed.”

And other things do change. Although Miranda was on a trajectory of focussing on acting, having starred in The Sapphires in 2012 and Love Child in 2016, she had not pursued writing as a part of her career. Then she was invited to Sundance Film Festival for starring and co-writing Top End Wedding with screenwriter Josh Tyler. 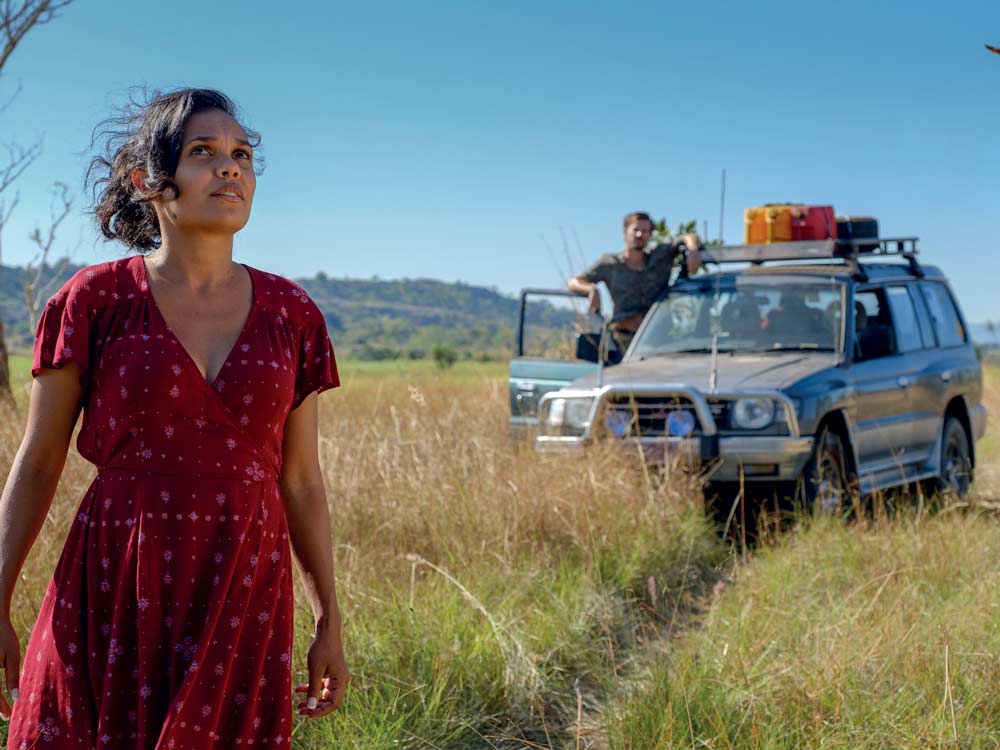 The film is a rom-com, set in Sydney, Darwin, and the Top End of Australia. It follows the relationship of a young Indigenous lawyer living in Sydney and her fiancé; an english lawyer who wants to leave the industry and follow his heart. Predictably, the two have very different families (stiff upper-lipped Brits meet Darwin bogans), and yet the film is anything but predictable.

Attending the Cannes Film Festival in 2012 with The Sapphires crew was a “pinchable” moment for Miranda. It helped to cement her presence as an Australian actor with promise not only in the eyes of film critics and the public, but in her own mind.

“Walking down the red carpet with Deb, Shari and Jess (all actors in The Sapphires) I thought to myself: ‘I must be dreaming’. The fact that the publicist managed to get my parents into the theatre with us meant the world to me. I needed them to be a part of the journey.” 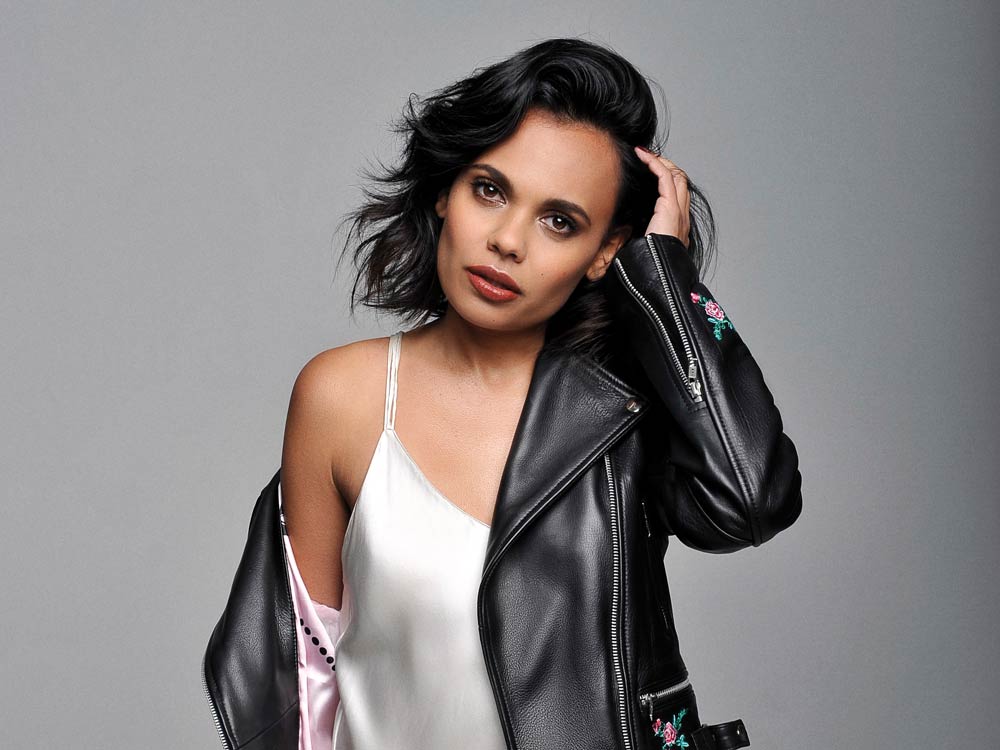 A love letter to her roots

There’s no denying the connection between the film’s script and Miranda’s own life. Miranda explains that Top End Wedding was essentially a love letter to where she grew up in the Northern Territory. And to the people who raised her.

“My parents came to the premiere again at Sundance and they were so proud of the mountain I’d climbed. Mum was really touched that I had dedicated the film to a grandmother who passed before the film was made. We held on to each other and cried as the credits rolled.”

Miranda Tapsell is surrounded by women doing great things in their lives. Her character’s three bridesmaids in the film – all hilarious, loud and comfortable with who they are – blaze across the screen in stark contrast to that of lead character, bride-to-be Lauren. So, despite it being an Aussie-style rom-com, the film does raise two of life’s big questions; ‘Am I happy with what I am doing and who I am with?’

“Shari Sebbens, Dalara Williams and Elaine Crombie (the three women who play Lauren’s best friends) are the most talented comedic actors I know.” Miranda says. “Their timing is spot on and I needed that for the bridesmaids. I wanted them to be the complete opposite of the Lauren, who has no idea what she wants from life. Her best friends are comfortable in their own skin and they’re not ashamed to take their place in the world!”

Showcasing the interconnectedness of Indigenous communities

When Josh suggested that Top End Wedding be a Hangover-style road trip movie across the Northern Territory, Miranda explains that this gave her the opportunity to show how interconnected all the local Aboriginal communities are in this region of Australia.

“I’m a Larrakia from Darwin, but I grew up in Kakadu, which is Mirrar country. I was on Jawoyn country for school camp,” she explains.

“I have family on the Tiwi Islands and I couldn’t have done this without my extended family and The Traditional Owners. Their knowledge of their ancestral lands is what grounded the story. Through their eyes and minds the Territory became more than just crocodiles, humidity and mosquitoes. It was a privilege to have access to so many beautiful parts of the Territory because of them.”

Filming in the Tiwi Islands

Some of the most touching moments of Top End Wedding are set in the Tiwi Islands. It’s where family comes together, and love reigns supreme.

“I didn’t grow up with my family there, but they embrace me as their granddaughter, niece and cousin,” says Miranda. “Our production manager Libby Collins is also a proud Tiwi woman. It’s because of her generosity and tenacity that my family and many other locals on Wurramiyanga knew the journey we were going on and that we wanted them along for the ride. We wanted to rejoice in what makes their community so special – particularly their art, songs and love of family.”

The Wangatunga Strong Women are a vivacious group of older women in the film who sing in old Tiwi. “New Tiwi is less formal and has a lot of English thrown into it,” explains Miranda. “They wrote a song especially for Lauren – welcoming her back home with community and family. I was incredibly touched by this and I’m thrilled that it’s in the film.

”Having Aboriginal women, young and old, celebrate who they are and what makes them unique means a lot to me. What they have to contribute to this country is incredible, valid, and should not go unrecognised.

”Obviously I’ve been given amazing opportunities as an actor. Now I know what stories I want to be a part of, I only want to make more of them. I have put so much money into stories where women like me have been completely invisible. I think it’s time for more marginalised groups to be seen and heard in our mainstream stories.”

Throughout the writing and the making of the film, Miranda says that she had to listen to her gut and make decisions that she thought were kind, funny and loving. “It was a nerve-wracking time, but I still asked for what I wanted,” she says. “Finding a place to centre and ground you in this crazy life is so important. You need to be able to slow down to get some perspective. Which is why I love going back home so much.”

Speaking of being grounded, where exactly was Miranda when she found out that Top End Wedding had been accepted into Sundance Film Festival? She laughs and answers: “I was staying in a hotel room when the producer Rose Blight texted me to say: ‘Call me when you can’. When she told me that we had been accepted into Sundance, I accused her of lying, then I wept snotty tears of joy and thanked her. When I hung up, I danced like an idiot around the hotel room.”

Of course. That’s what makes her Miranda Tapsell.