When others go into hiding, there’s one man who goes head-to-head with Aussie beasts.

Three grown men look tiny in comparison to the massive saltwater crocodile that’s eyeing them off for his next meal. Walking precariously around the large trap that has the croc encased, the men start to formulate their plan. Unexpectedly, the croc swipes its tail, covering the men in a tsunami of mud and blurring their vision. Unshaken, the men regain their focus and strategically climb around the trap’s exterior. They work out how they are going to restrain the prehistoric predator that’s been destroying livestock and livelihoods. Among the men is the Monster Croc Hunter, more commonly known as Matt Wright.

Matt guides his two mates, Jono and Willow, directing them what to do with the rope. They lasso the rope at the crocodile’s mouth, attempting to loop it around its jaw. After a couple of attempts, Matt successfully secures the croc’s snout and has the animal fastened. The next step is to open the cage and move the croc out, ready for a safe relocation. Once the on dry land, the first step will be to cover the croc’s eyes and tape up its jaw. This tactical move covers the animal’s sensory organs, calming it down and making the whole process safer for the animal and the people in close proximity.

The suspense is next-level. It’s like this with every single episode of National Geographic’s Monster Croc Wrangler, which airs in more than 130 countries. The episodes show Matt and his mates working with crocs in their natural habitat. Often the jobs are in the middle of nowhere, where natural elements make everything all the more challenging. Think extreme humidity, relentless heat, bugs and having to travel long distances with tricky logistics. Monster Croc Wrangler is the next iteration of the Darwin-based wildlife conservationist’s hugely popular series Outback Wrangler. 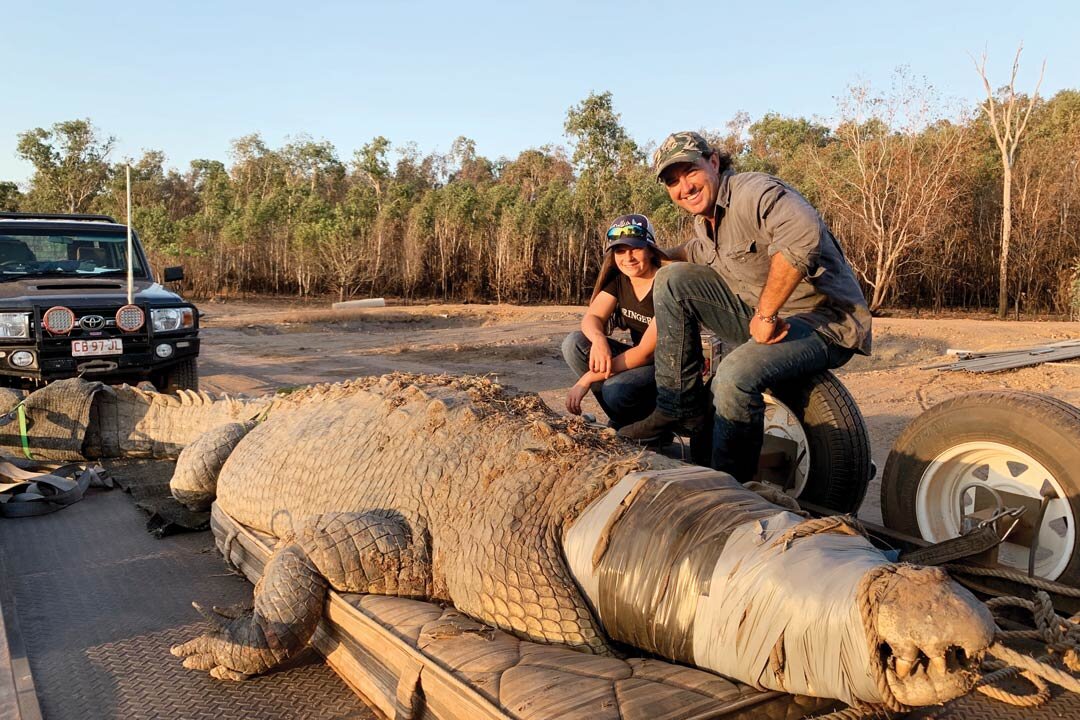 Trying to find a humane approach

In real life – and in his different TV shows – Matt Wright tracks down, captures and transports a diverse range of animals in need of help, such as crocodiles and snakes. His intention is to combat human-animal conflict globally and highlight the importance of humanity prioritising the environment and wildlife.

“When an animal is accused of being a threat to people, pets or livestock, I’m called in to catch it and to try and find a solution for the animal in distress – and save it from being destroyed,” he explains. “This keeps the balance between animals and humans. Humanity needs to come up with better ways to coexist peacefully with Mother Earth. She is the one calling the shots at the end of the day.”

Matt has an innate zest for life and fell in love with adventure before he could spell the word. “I was one of those super-energetic kids who wanted to get right into everything. It drove my mother insane,” Matt laughs. “I had this longing to explore, to be in the countryside and around wildlife.” 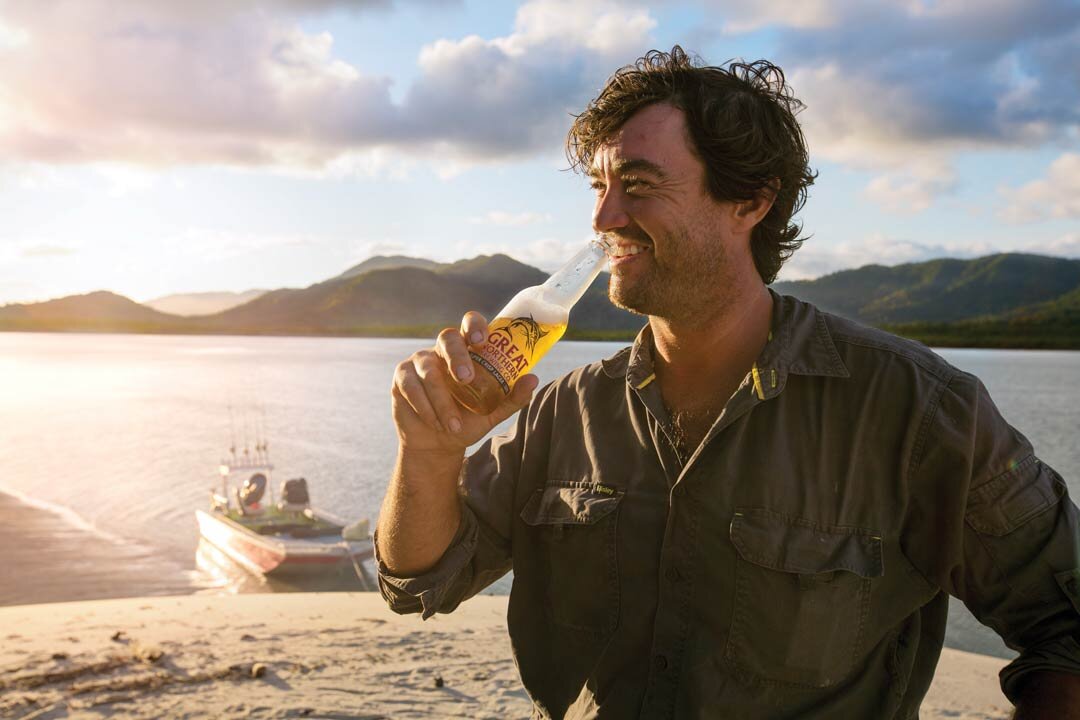 His outback upbringing and farm life in South Australia would soon see him hone his skills in handling and dealing with some of Australia’s most deadly animals, as well as rearing and rehabilitating the cuter and more cuddly marsupials we all know and love. “I was handling deadly reptiles – browns, taipans, tigers – from the age of six, and loved diving with great whites by the time I hit puberty.”

A new base in the Northern Territory

Matt Wright was 18 when he made the move to the Northern Territory. Anyone who knows Matt probably realises dealing with crocs was the logical next step. “It just sort of became my job,” he says. “Some people wanted crocs shot, so I offered to move them instead.”

A leader in animal conservation globally is just one of the many hats Matt wears today. He’s the star of his own TV show (and is toying with where to go next in this space) and has big plans for Australia, the country of which he is so proud and protective. He’s also a helicopter pilot and tourism operator. He’s got some pretty special offerings for travellers who like to get off the beaten track. 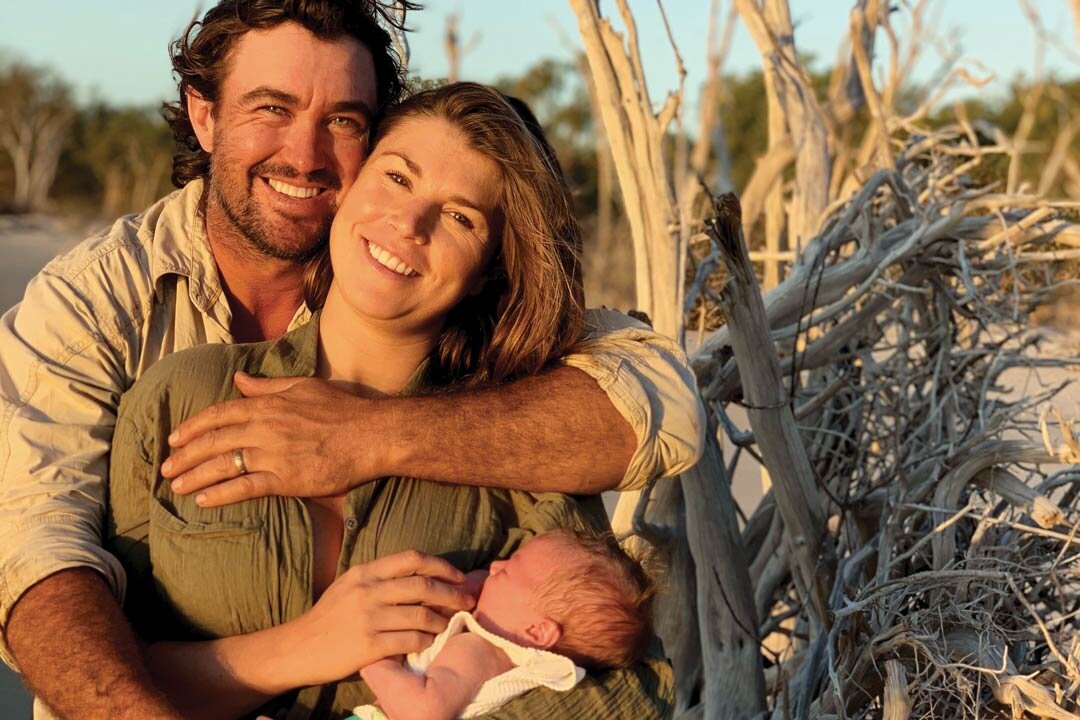 Matt’s most important job, though, is being a husband to Kaia and father to Banjo, born in August 2019. “I did try to call him Tarzan, but Kaia bailed on it. We settled with a good ol’ Aussie name and I called one of my crocs Tarzan instead,” he chuckles.

Matt still works and plays in the wild, just at a different pace now. “I don’t go as hard and I stop a bit more to smell the roses, so I have time at home with my wife and little man,” he says.

But even life on the home front looks a little different for Matt Wright compared to the rest of the world. “We have a few pet crocodiles that live at one of our tourism operations… about 12 or so. They are the world’s largest crocs, with each one measuring between four and six metres,” he says. “Banjo has checked them out.”

Tourists, too, can get to know the huge reptiles when glamping at Matt’s Top End Safari Camp, with local operator-led educational tours offering those staying a newfound appreciation for the prehistoric creatures. And that’s not the only highlight – being lulled to sleep by the sounds of nature while watching the glittering stars in the sky is magical. The helicopter and airboat adventures are the cherries on top of the cake.

Banjo is definitely a lucky little boy, and it’s inevitable that as soon as he is old enough he’ll be able to experience this on a day-to-day basis. In the meantime, Matt is still keen on introducing the little man to the wild. “I have a little croc in the backyard at home – her name is Jilly, and Banjo laughs when she comes out of the water,” Matt says. “We also have peacocks, ducks and eight or nine snakes in the house. He’s getting brought up among the wild and he loves it.”

Love the show and want to see some crocs in real life? You won’t be disappointed with the goings on at infamous Cahils Crossing in the Northern Territory.