And there she is – the sexiest, blondest, tiniest, most easily pigeon-holed woman in all of pro-surfing. Laura Enever is moving very fast across the face of a very ugly yet very beautiful Tasmanian wave. 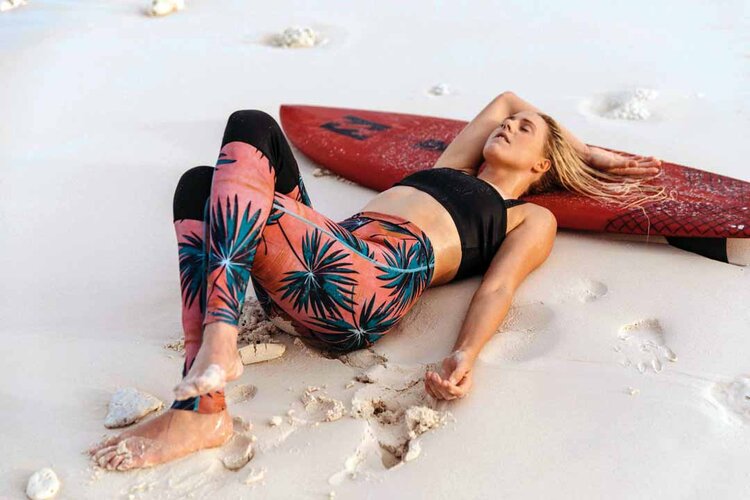 The second wave of redemption

It is March 2018. Laura is 26 years old and waifish; 168cm tall and just 54kg. But the wave is monstrous – maybe four metres from trough to lip. Thick, crisp blue, alive with steps and boils and eddies. It breaks in front of a sheer cliff face. Laura is about to change women’s surfing, but first she has to get absolutely obliterated.

Laura takes the wrong line, gets caught too high and cartwheels into oblivion.

“I mean, I got really, really smashed. The first wave I got so smashed, but the second wave I got it together.”

And she scored a big, round, wide, jaw-droppingly photogenic barrel.

“It was the best feeling ever.”

Instagram lit up first, obviously – Laura has more than 420,000 followers – but the echoes from those two waves reverberated across the surfing world.

One magazine called her second barrel (the one without the cartwheels) ‘the wave that changed everything’. Surfer, the US bible of the water sport, headlined ‘Enever is on an unlikely journey from world-tour darling to heavy-water heroine’. Australia’s Surfing World declared her the forebear of an entirely new movement. 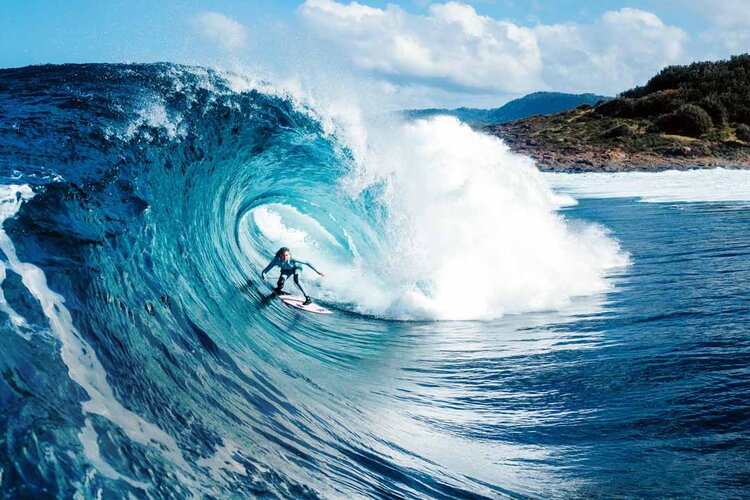 Even so, there was something different about Laura’s breakthrough. Firstly, she had been a full-time world-tour competitor since 2011, but she left in her prime competitive years to chase something else.

“I’ve always liked big waves, ever since I was competing when I was a total 12-year-old tomboy at North Narrabeen,” says Laura. “I always used to lose contests because I’d sit out the back in the final, 40 metres further out than anyone else. I’d just wait and wait because I wanted to catch the biggest wave all heat, and I’d get beaten by everyone else because I only caught one wave. It drove my dad crazy.”

The women’s tour, in particular, has never been set up to showcase that particular skillset. And so, with no big-wave context, to most observers Laura remained a delicately built girly-girl. She surfed on dreamy tropical waves between Louis Vuitton Spring collaborations with Elle magazine or fashion editorials gadding about beneath the Eiffel Tower with a Chanel surfboard. Seeing her charging big waves, having car-crash wipe-outs and coming back for more was shocking.

The ugly side of surfing

Big-wave surfing is many things, but what it is not is glamorous. Big waves are often cold waves. They require thick layers of insulating wetsuit rubber and dish out awful beatings. They’re scary. They’re often surfed mid-ocean, alongside howling winds, serving up lung-bursting beatings in deep, pitch-black water, in places where medical infrastructure is somewhat hilariously absent. 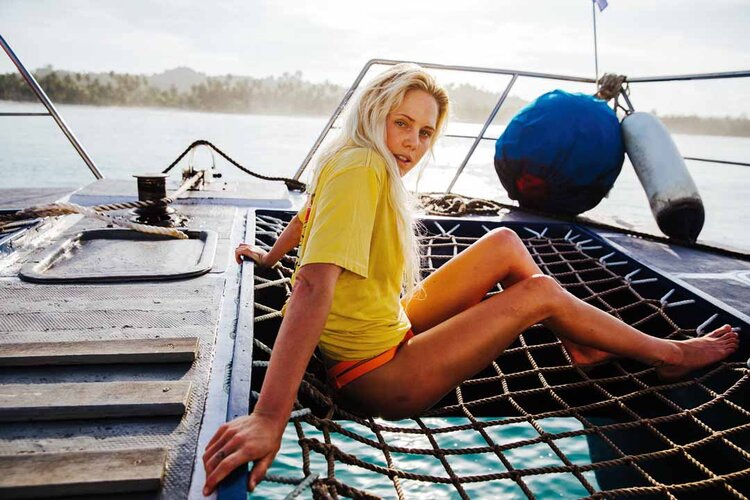 In 2008, legendary Australian big-wave surfer Ross Clarke-Jones wiped out badly at Tasmania’s other internationally known big-wave location. Pedra Branca is an ugly nubbin of rock 26 kilometres off Tassie’s South East Cape. Ross was forced to make a long, slow, painful trek to the mainland for surgery with serious spinal injuries. In 2016, Laura herself had blown out her knee, wiping out in huge surf at a break called Jaws in Hawaii.

That injury was ultimately a fortuitous one.

“I missed the next few contests because of that injury, and by the time I came back I’d just lost interest in the world tour. I didn’t really care anymore if I lost,” she says.

Laura Enever was ostensibly still competing, but her heart just wasn’t in it.

“I just wanted to surf big waves,” she says.

But she kept plugging away at it, because who in their right mind gives up on all that glamour? Who in their right mind would give up what surfers call the ‘dream tour’ to get smashed by angry, building-size lumps of brine? Laura the pin-up, maybe, but what about Laura the tomboy? What about the other side of Laura, the one that Instagram and fashion magazines and ad campaigns don’t see? 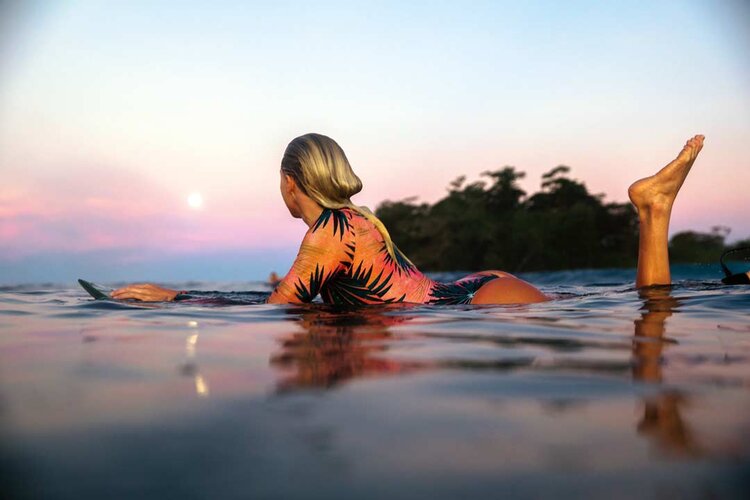 “Look, I love fashion – I’m very feminine and I love being a girl and shopping and cities and all of that. But I made a [conscious] choice [to embrace that side of myself],” says Laura. “When I was growing up, I ran around all day with the boys and surfed for hours, and the past couple of years have been so much fun because I feel like I’ve kind of gone back into that little tomboy surfer girl – camping rough, not washing my hair for four days, going on those trips. Now I’m accepting and loving the femininity and the masculinity in me; they work hand-in-hand, and I’m using them both.”

It took Laura two years to figure out that she could be both things: a big-wave chaser whenever the swell alerts start pinging and a freewheeling fashionista creative.

“I know that people think I’ve gone mad,” she laughs, “but I promise you I haven’t.”

Eventually, Laura Enever found herself in Tasmania. Cold. Happy. About to get obliterated. Moving very fast across the face of a very ugly yet very beautiful wave.