Jimmy Barnes talks about love, family, celebrity, and how he’s hauled up his past in order to face the demons that were taking him down.

He laughs and smiles, a twinkle in his eyes. “But they’re also bloody emotional and fiercely loyal. They can be your best friend or your worst enemy. I am all of those things. These characteristics are what make Scots great people, and they are also their greatest flaws.”

For 40 years, Barnesy’s voice has been the soundtrack for many an Aussie’s life. He rocketed to stardom in 1980 as Cold Chisel became the biggest band in the country. But his past was always showing signs of catching up with him — rearing its ugly head in the wild ways that he’d known as a child while growing up with poverty-stricken, alcoholic parents.

Jimmy’s father was a champion boxer. “My dad always said to not be afraid of anything or anyone, but he was actually afraid of everything,” he says. “And my mum was the best sparring partner in Scotland, ducking and weaving her way through life. She never gave up. She just dug her heels in and did the best with what she had in life.”

In 2017 Jimmy Barnes was appointed an Officer of the Order of Australia for distinguished service to the performing arts as a musician. He’s won five ARIAs, has had strings of number one hits, and countless awards have piled up over the decades. But deep down, he’s never felt that it was good enough. That he wasn’t good enough.

It’s well documented that Jimmy was literally drinking himself to death in front of his family and fans (a lot of it on stage), but when you’re in that position and in that industry, no one says no. You can do what you like. You’re an untouchable rock star and temptations are there for the taking, so why not take them? But for the past few years, there’s been a lot of other hard stuff going on beyond the lights, behind the stage, and in his head. Jimmy was chasing demons, as he’d realised that he had to stop running away from his past if he wanted to live to be what he’s always wanted to be: “a decent bloke.” 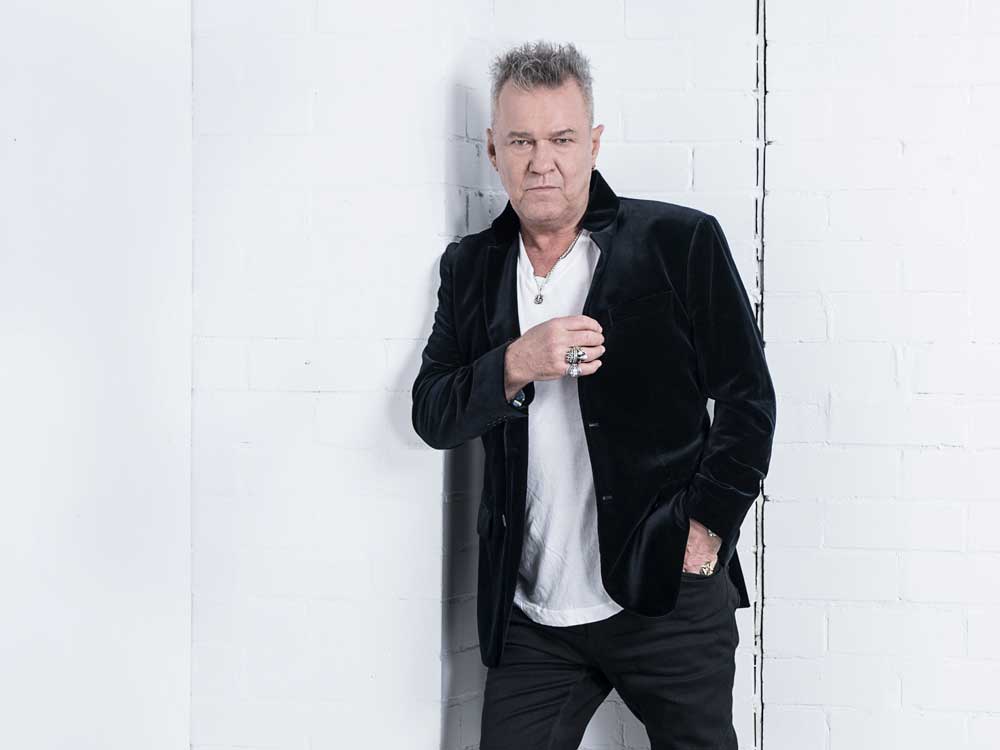 Putting in the work

Behind the scenes, by himself, Jimmy Barnes was in an ongoing battle with the man he was and is, writing down everything he could recall and everything that jumped out at him. That process tore him apart while simultaneously putting him back together, and after three years, the result for the first-time author was two books: Working Class Boy and then Working Class Man. The memoirs cover his childhood growing up in a rough part of Glasgow with a dysfunctional family, and his roller-coaster ride to stardom. Releasing the books was brave, as Jimmy knew it would affect those around him. Yet he knew he had to do it in order to stay alive.

“I’ve softened the stories up,” he says with a grin, despite them being harrowingly, brutally honest. “I didn’t want the books to come across as: ‘Oh, woe is me.’ But I knew I had to get the things I had been blocking out for so long out of my head, as they were gradually festering away, poisoning me. There’s things in the books that no one in the world knew – not even my wife, kids, friends or bandmates.

“It was hard. I would be at a concert, playing music, looking out, and I would see a face, or an expression, or something else that would remind me of something else I’d blocked, and every night and day I was writing these things down. One thing would lead to another memory, and it wasn’t good. I was hating myself. I was telling myself I was a [email protected] I’d get off stage, finish a big tour, and I’d be hating who I was.” “At the end of the day, you have to live with yourself,” Jimmy says. “You have to sleep with yourself every night, and there’s no getting away from that. I knew, if I didn’t deal with myself, I wouldn’t be any good to anyone. My past would literally kill me. I knew I was facing the fact that I might not ever have the chance to be happy.”

Since the book’s release, Jimmy gets fan mail every day. Emails, letters, cards — endless thank you notes. “One guy wrote to me saying thank you – I’m the same as you. My past was killing me. I lost everyone – my wife, my family. I’m on my own now, but your book made me realise I’m not alone.’” Jimmy smiles and shakes his head. “He wasn’t asking me for anything. He just wanted to reach out to say thanks.”

Writing about his life also helped Jimmy make sense of his career. It was like watching the out-of-control roller coaster of his existence from afar, but it helped him to move forward. “Celebrity is nothing,” he says.

“When it comes to celebrity, the rest of the world just wants to see you fall. Fame? Money? Yes it can make life easier, but happiness is really all we have. You have to remember to enjoy the journey. Success is doing what you love. I love to sing, and I am lucky to be able to do that, and to travel the country. I have been travelling this country since 1973 and there’s nothing I enjoy more. Driving across the Kimberley, heading into the Blue Mountains, seeing the vast skies and watching the sun set or rise over the countryside. I travel the world often, and yet nothing beats flying back into Sydney. Australia is the best place by far on the planet.”

Jimmy Barnes’ life revolves around his music and his family. “My wife, kids, grandchildren – we are all so close. I spent so much of my life trying to escape myself, and it was such a waste of time. Now I can spend hours just talking to my two-year-old grandson and be content and happy. My most important position in life, by far, is being a father, and part of being a father is being a musician, as I show my love through my music too. Basically, what I have always wanted to be is a really decent bloke.” All you need is love

On the couch where I’m sitting, there’s a cushion with a photograph of a sweet-looking Schnauzer on it. It’s one of the two dogs that Jimmy has had for 15 years. Photographers never tire of snapping him with his dogs. Jimmy looks at that cushion and I see the emotional Scotsman emerge before me. His eyes are moist as he says: “Snoop Dog passed away this week. I’ve cried every night. I thought it was daft when a fan took a photo of him off the internet and had that cushion made. They sent it to me, and I threw it on the couch. Now I love looking at that little cushion.”

Jimmy gives me a hug and a kiss on the cheek before l leave, and I walk out into the Sydney sunshine feeling really alive. Energised. We all have our demons, but he’s exorcised his, and he’s become the decent bloke he’s always wanted to be. Even though, let’s face it, I think most of the country has always felt that he’s a decent bloke. Not to mention an awesome musician.

As I walk along, I think about Jimmy’s answer to my last question: “What advice would you give to anyone out there, fighting to get to where they want to be in life?” He didn’t miss a beat before answering. “Whatever you do in life, do it with love.”

To get your copy of Jimmy’s books, visit his website here.