The Eyre Peninsula – a trip to Australia’s Seafood Frontier Jutting into the Southern Ocean like a giant tiger tooth, the 2000-kilometre coastline that makes up the Eyre Peninsula is brimming with world-class seafood.

Southern rock lobster, abalone, blue mussels, prawns, squid, octopus, native Angasi oysters, Bluefin tuna, Hiramasa kingfish and King George whiting are hauled out of these cold waters and grace the menus of some of the best restaurants in the world.

Port Lincoln, the eastern tip of the tooth, is home to big fishing fleets and big money; a booming Bluefin tuna industry that’s given rise to more millionaire’s per capita than anywhere else in Australia.

It’s just one stop on the Seafood Frontier road trip. The self-guided drive starts in Whyalla, on the east coast, and a swim with giant cuttlefish. It ends, thousands of miles later in the west, at the Head of Bight. In between there are marine tours, deep-sea fishing, whale-watching, swimming with sea lions and diving with great whites. You’ll also discover world-class seafood, cellar doors and oyster sheds. Hotels in the Eyre Peninsula

The Eyre Peninsula isn’t short on hotels, motels, B&Bs and remote beach stays. Most even include whale sightings, crashing waves and the twinkle of a trillion stars at night, free of charge.

Recharge in luxury at Tanonga Eco Lodges, a stunning retreat about 20-minutes north of Port Lincoln. Set on 100 hectares of native bush teeming with birds and wildlife are two architecturally designed self-contained cottages. Both have a luxuriously deep bath, wood-burning stove and breathtaking views through floor to ceiling glass. 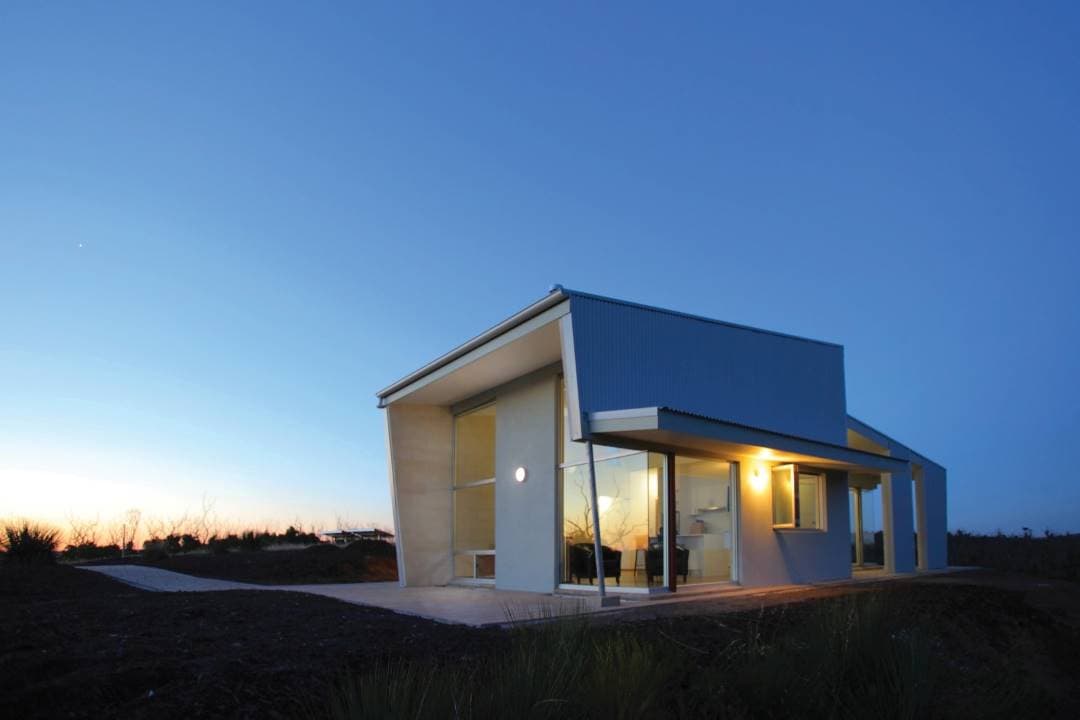 Port Lincoln Hotel one of the more plush stays in town. The five-star hotel has sweeping views of Boston Bay from its 111-rooms and suites. Plus, a heated pool, fitness centre, three bars, beachside dining, and a casino for those who like a flutter. For tuna boat action, the Marina Hotel on the other side of town has waterfront dining and 11 spacious apartments.

Prefer a coastal escape? Camel Beach House is perched at the edge of pristine wilderness on the west coast’s remote Venus Bay. The two-bedroom architecturally designed eco-stay is miles from anywhere. Its panoramic views offer a front row seat to the Southern Ocean and migrating whales from May to October. Further north is the upcycled charm of Perlubie Sea, a quirky retreat minutes just from Streaky Bay. The two adjacent beachfront villas are unique in design, with luxe touches including a deep freestanding bath and a comfortable king-size bed.

There is accommodation for every budget at Ceduna Caravan Park. Choose from two- and three-bedroom spa villas and two-bedroom eco shacks on Murat Bay, a tranquil snorkelling spot.

Best restaurants in Port Lincoln and the Eyre Peninsula

Seafood is the star of Eyre Peninsula’s laid-back dining scene. More than 65% of Australia’s sustainable seafood reeled in from these waters.

Hatted restaurant Line and Label is where executive chef Josh Harris pairs local produce with inventive flavours. Located at Peter Teakle Wines, it’s the best restaurant in town. The views of the vines and sea from the outdoor terrace will blow you away. Stop by the cellar door for a taste of the 2017 Estate Riesling, awarded 94 points in the 2019 Halliday Wine Companion. Chefs Kris and Brenda Bunder were trailblazers when they opened Del Giorno’s in 2002. They ditched the frozen seafood for fresh, local catch. The busy Port Lincoln diner has good coffee, pizza and pasta. Plus, the perennial favourites like oysters shucked-to-order, steaming pots of native Blue mussel and kingfish ceviche. With one of the best views of Boston Bay, Sarins Restaurant and Bar is a popular spot at sundown. Chef Don Christie’s seafood degustation is a standout.

Seafood is given a contemporary twist at Fumo 28, Port Lincoln’s newest bistro. At the helm is Harjit Samra, with his head chef Cole Ellul creating inventive tastes and flavour combinations. Bars and cafes in the Eyre Peninsula

The Rogue and Rascal, Port Lincoln

Port Lincoln café favourite Rogue and Rascal has a big city vibe, good coffee, sweet tunes and seasonal flavours. In the evening, the upstairs bar And The Rebel is a cosy spot for classic cocktails and tapas with a rotation of local DJs and live music.

Coffee enthusiasts can get their fix at Boston Bean Coffee Company. The Port Lincoln roaster has a small café and store, with take-home bags of beans, chai and hot chocolate. Mark and Janie Butterworth traded corporate jobs in the city to brew craft ales in the tooth. Their hip Port Lincoln taproom and beer garden, Beer Garden Brewing, has 9 brews on tap and a cider, all sustainably made using local grains.

Family-owned Boston Bay Wines has the kind of views you’d expect from Australia’s closest vineyard to the sea. That location means frequent sightings of whales and a unique terroir best sampled at the cellar door. Port Lincoln’s award-winning The Fresh Fish Place has a cute café with open kitchen, fresh seafood to go, and fun behind-the-scenes tasting tours and cooking classes. Check the blackboard specials for one of the freshest ocean-to-plate meals. A trip to the Peninsula isn’t complete without an oyster tour or three. Pure Coffin Bay Oysters take people on a punt to meet the oyster farmer, learn how to farm and shuck an oyster, before tucking into a feast plucked straight from the sea. For land-based feasting, visit their Shellar Door.

For a unique dining experience, join Oyster Farm Tours and wade out to a dining pavilion in a working oyster lease. Here you can learn how oysters grow and become a pro at shucking your own before slurping down a dozen or so paired with local wine. Bay Funktion is part café, florist and wedding planner (hence the name) with a sleek airstream coffee van out front and sunlit garden courtyard at the rear. It’s licensed, with a menu celebrating local produce.

Little more than a seaside shack, Ceduna Oyster Barn has a small seafood menu and spectacular sea views. Oysters are the main attraction, and priced at a steal.

The Eyre Peninsula is rugged and vast and best explored by car. There is a great distance between the main towns of Port Lincoln in the south, Whyalla and Port Augusta in the north east, and Ceduna in the northwest.