The Palawa people are the Traditional Owners of Nipaluna (Hobart), and have occupied the island of Tasmania for over 40,000 years.

The myth that Bruny Island woman Truganini was the last Aboriginal woman in Tasmania persisted long after her death in 1876 – but is simply untrue. In recent years, there has been a shift in the recognition of the state’s brutal treatment of Aboriginal people, and a re-emergence and embracing of Palawa culture and language. Check out this list of ways to engage with Indigenous experiences in Hobart.

In 2014, the state began a process of implementing dual place names – both English and Palawa Kani, the Palawa language – for sites around Lutruwita/Tasmania. There are now 28 dual place names across the state, including Kunanyi/Mount Wellington, which soars above the city. In the video above, Rosetta Thomas explains what it means to her to teach Palawa Kani to the next generation.

Takara nipaluna is the first and only Aboriginal historical walking tour of Hobart. Created and led by Palawa/Warlpiri woman Nunami Sculthorpe-Green, the tour follows the route taken in 1832 by a group of 40 members of the Aboriginal resistance, as they progressed to the old Government House to negotiate an end to the Black War between British colonists and local Aboriginal people (mid 1820s-1832). Takara nipaluna gives voice to the Palawa perspective, history and continued presence within modern Hobart, and exposes the layers of history beneath the asphalt. The Tasmanian Museum & Art Gallery (TMAG) is a good introduction to Indigenous experience in Hobart. Learn about Palawa culture, heritage as well as contemporary perspectives through their two permanent Palawa collections, or check out their contemporary exhibitions. Also on display is a traditional stringybark canoe created by Palawa artist Sheldon Thomas. He used scans of small 1840s canoes in the museum’s collection to recreate the 5.35 metre-long canoe – the first in 170 years! 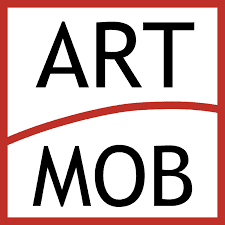 Nearby the city’s waterfront you’ll find ART MOB: a gallery that specialises in Aboriginal art from Tasmania and around Australia, as well as prints and paintings by well-known Palawa artists. While not an Aboriginal-owned business, the ethical sourcing and trading of Aboriginal art is of great importance to the gallery owners, who are members of the Indigenous Art Code and the Aboriginal Art Organisation of Australia. You’re unlikely to miss the grand peaks of Kunanyi/Mount Wellington soaring above the city. It is a significant site for Palawa people, described in Dreaming creation stories and a place where cultural responsibilities of caring for Country are upheld. Climb to the summit for spectacular views, but please be respectful and leave the site the way you found it.

When in the city, look out for Feeling the Country. This contemporary artwork was created by Palawa artist Michelle Maynard and is installed in the Elizabeth Street Mall on the Information hub. The artwork aims to deepen awareness of Aboriginal culture in Hobart, as well as acknowledge the cultural and historic significance of the site for Palawa people.

Interested in experiencing and learning more about Indigenous culture in Australia’s capital cities? We’ve got the lowdown on Perth (Boorloo), Brisbane (Meanjin), Melbourne (Naarm) and many more.