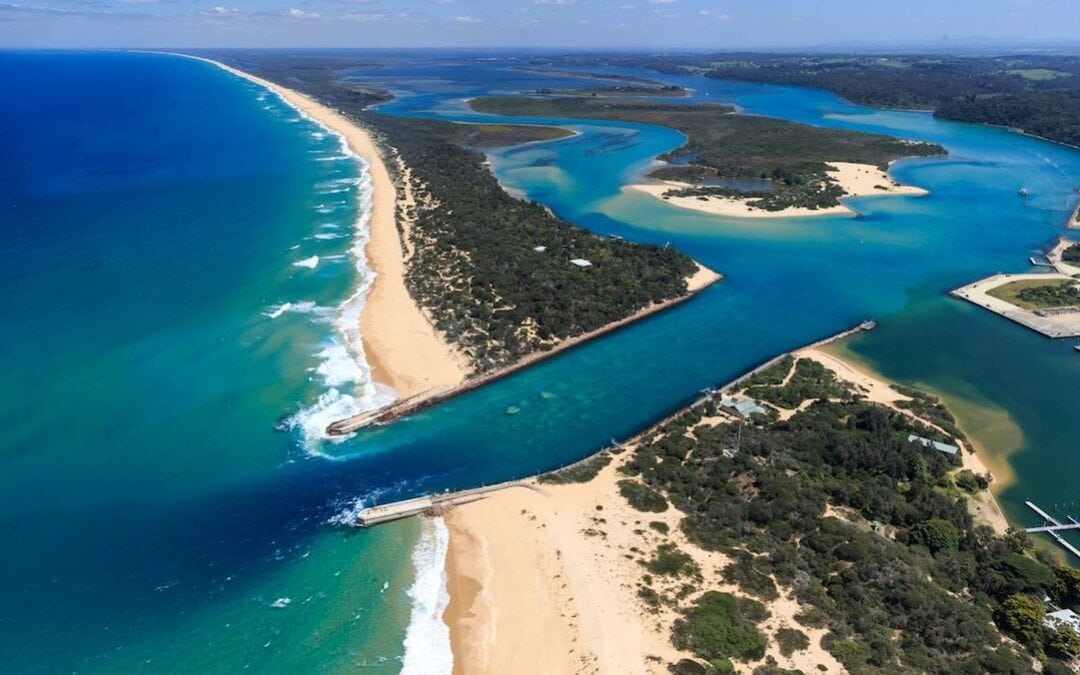 Graze your way around East Gippsland for the finest of Victorian produce from land and sea.

Covering more than one million hectares across Victoria’s most easterly corner (stretching all the way to the New South Wales border). East Gippsland is an area to enjoy the slow pace of country life, taking time to explore those hidden gems off the usual tourist track.

The area is home of 10 national parks (including Errinundra, the largest remaining cool temperate rainforest in Victoria, and Mitchell River, with the largest silt jetties in the world); a rich Indigenous culture (follow the Bataluk cultural trail); around 20,000 waterbirds, particularly pelicans and swans; and a lengthy labyrinth of limestone caves (Buchan Caves). Not to mention the numerous beaches, lagoons, hiking trials, art studios and the incredible foodie scene.

One trip will never be enough. 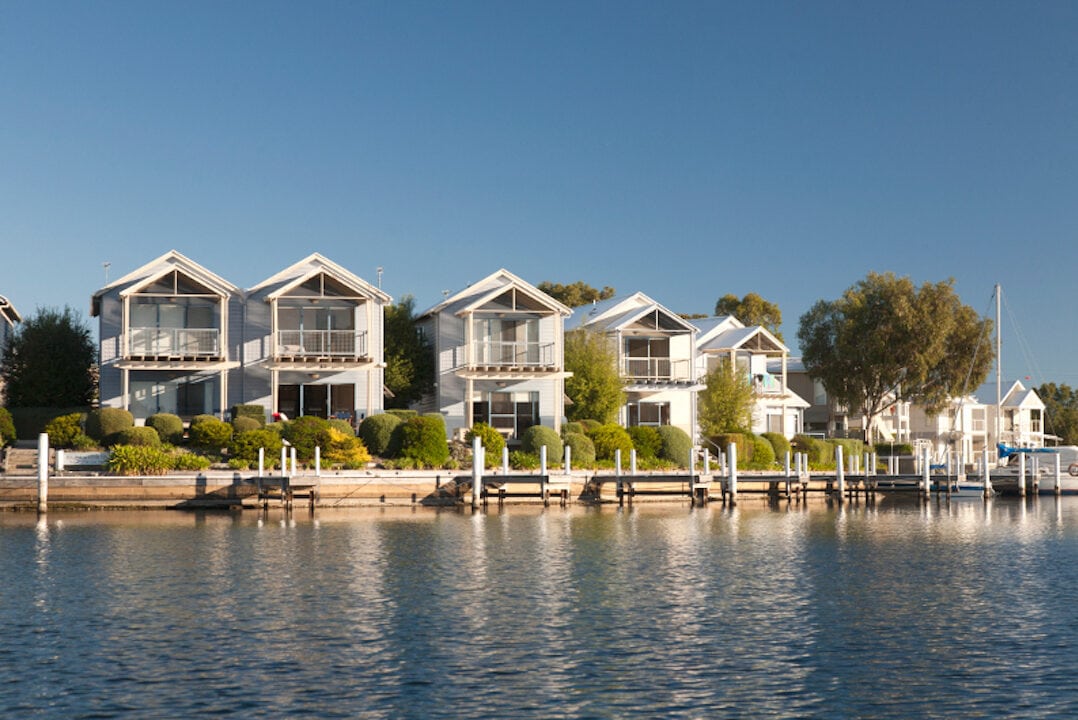 There’s no mystery here – it’s a touch of Queensland resort living in East Gippsland, with bright, modern waterfront apartments on the foreshore of the Gippsland Lakes. Tie your own boat (or hire one) to a private jetty or swim, cycle, kayak and walk to Paynesville’s cafés – all from your doorstep. Don’t miss one of the shortest ferry rides in the world (four minutes) across to Raymond Island, home to a large koala colony. Every room is different in this grand dame of Bairnsdale, where heritage charm blends with modern creature comforts. Built as two residences in 1884 during the halcyon days of East

Gippsland’s shipping ports, the grand houses opened as a hotel in the 1980s, with a major renovation taking place in 2013. Overlooking the Mitchell River in East Gippsland’s largest town, it’s a great launching pad for easy access to attractions in the region. © The Folly, Off Grid

Want your own escape from the city experience? How does a handcrafted stone and timber cottage nestled into 1.2 hectares of rolling hills, yet just minutes away from civilisation sound? Try out sustainable living for real in this adorable, powered-by-the-sun, off-the-grid house that sleeps up to six people. Explore all East Gippsland has to offer then retreat to your own sanctuary. People- and pet-friendly. 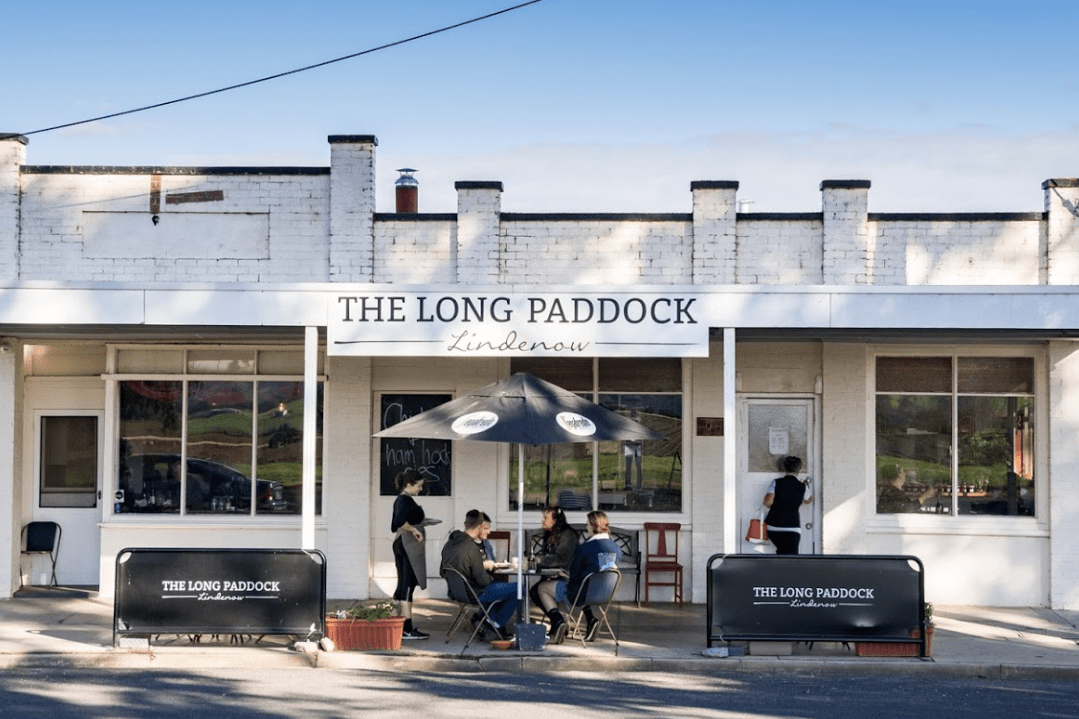 It’s a good idea to listen up to sea- and tree-changers, especially when food is involved. The tiny hamlet of Lindenow is where dynamic chef duo Anton Eisenmenger and Tanya Bertino, with pedigrees that include Michelin-starred and chef-hatted restaurants in London and Melbourne, chose to establish their country-style café in an old bakery. Of heart and hearth, a 100-year-old wood-fired Scotch oven is at the centre of locally sourced fare. The Sunday roast alone is worth the drive. If you’re into a long lazy brunch (and who isn’t?). This bright café on the waterfront in Lakes Entrance is the best in the biz. The decadent all-day menu specialises in ingredients straight from nearby farms (including eggs from Farmery in nearby Metung) and its own kitchen garden. Forget the tinned variety, this is sardines as you’ve never known them. Named after the local delicacy, this chef-hatted (awarded in its first year no less) waterfront restaurant overlooking the Gippsland Lakes in Paynesville is headed up by former Vue de Monde chef Mark Briggs. The menu changes with the tide, offering a creative twist on fruits of the sea and prime farmed produce. Hot tip: chef’s selection menu is an absolute winner. 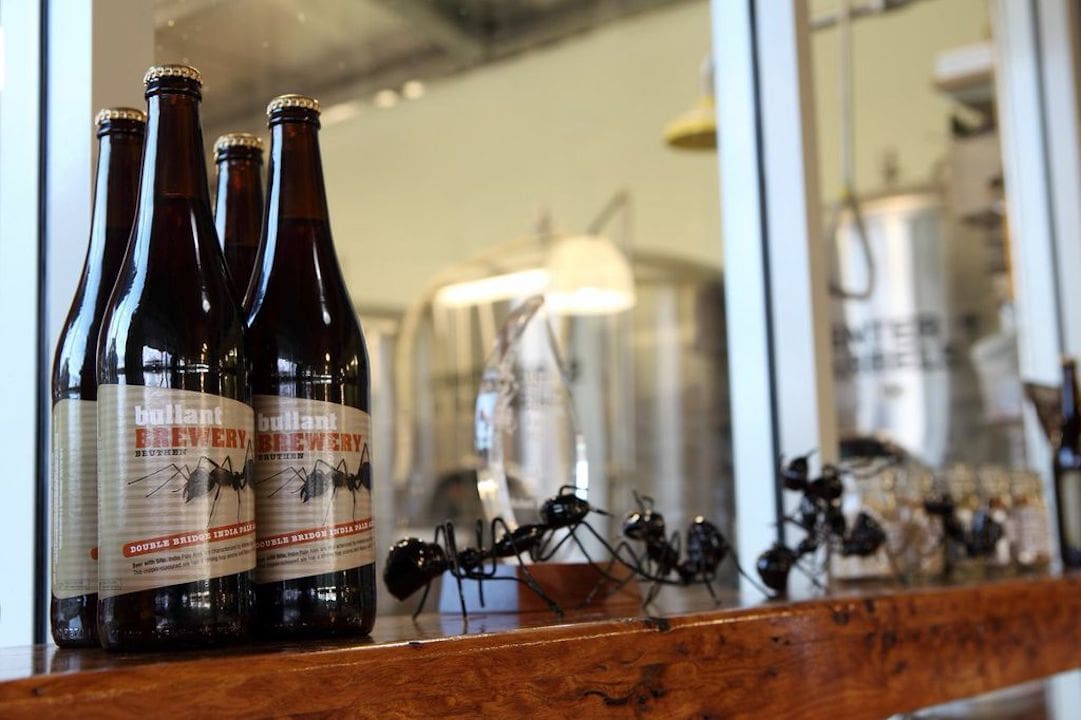 What’s in a name? Plenty when it comes to this small batch craft brewery in Bruthen. Not far from Lakes Entrance and the gateway to Victoria’s snowfields. Affectionately known as ‘beer with bite’, each brew is named after local landmarks and bridges, and comes with a suggested small bite. It has a buzzy atmosphere with picture windows overlooking farmland and a peek into the working copper brewhouse. What started as a small affair in 1995, with the Lightfoots making wine for family and friends, has grown into one of Australia’s top emerging wineries. The wines have won numerous awards, but so too has the cellar door – and it’s easy to see why. Built from local reclaimed materials with sweeping vineyard and valley views, wine tasting from the top deck is like floating in a hot air balloon. Be sure to check ahead for opening times. Metung itself is often called Sorrento without the crowds. Overlooking the marina, this watering hole is the spot to kick back with a drink and listen to a local story or two. And with the pub’s chequered history dating back more than 140 years, there’s plenty to tell. It’s a ‘must do’ if you’re exploring the Gippsland Lakes by boat.