In the jungle with Dr Chris Brown We catch up with vet turned TV presenter Dr Chris Brown, who you’ll no doubt recognise as the host of hit series I’m a Celebrity… Get Me Out of Here!

A lot can happen in a person’s life, and sometimes we don’t realise, especially if we are very young, that a particular moment or event can be a catalyst for defining who we grow up to be. For Dr Chris Brown, something happened when he was only a little tacker on the set of Newcastle’s Romper Room. The show was like a rite of passage for Novocastrian kids, and Chris, being from Merewether, had his big appearance with host Miss Kim back when he was only four years old.

“I remember going on there as a shy little kid, but then when the cameras were rolling all of a sudden there I was with Miss Kim and the other kids telling them all about animals,” he says with a laugh. “I talked about my pets, and the animals that my dad took care of as a vet. They couldn’t shut me up. I think I took up the entire 20-minute episode blurting out facts about animals. When it was over I was emotionally drained and raced to the toilets and collapsed in a cubicle! They asked me if I wanted to film another episode, and I told them no, that I was exhausted. I had nothing left. There I was as a little four-year-old diva who had reached their quota for the day! Pretty funny really.” 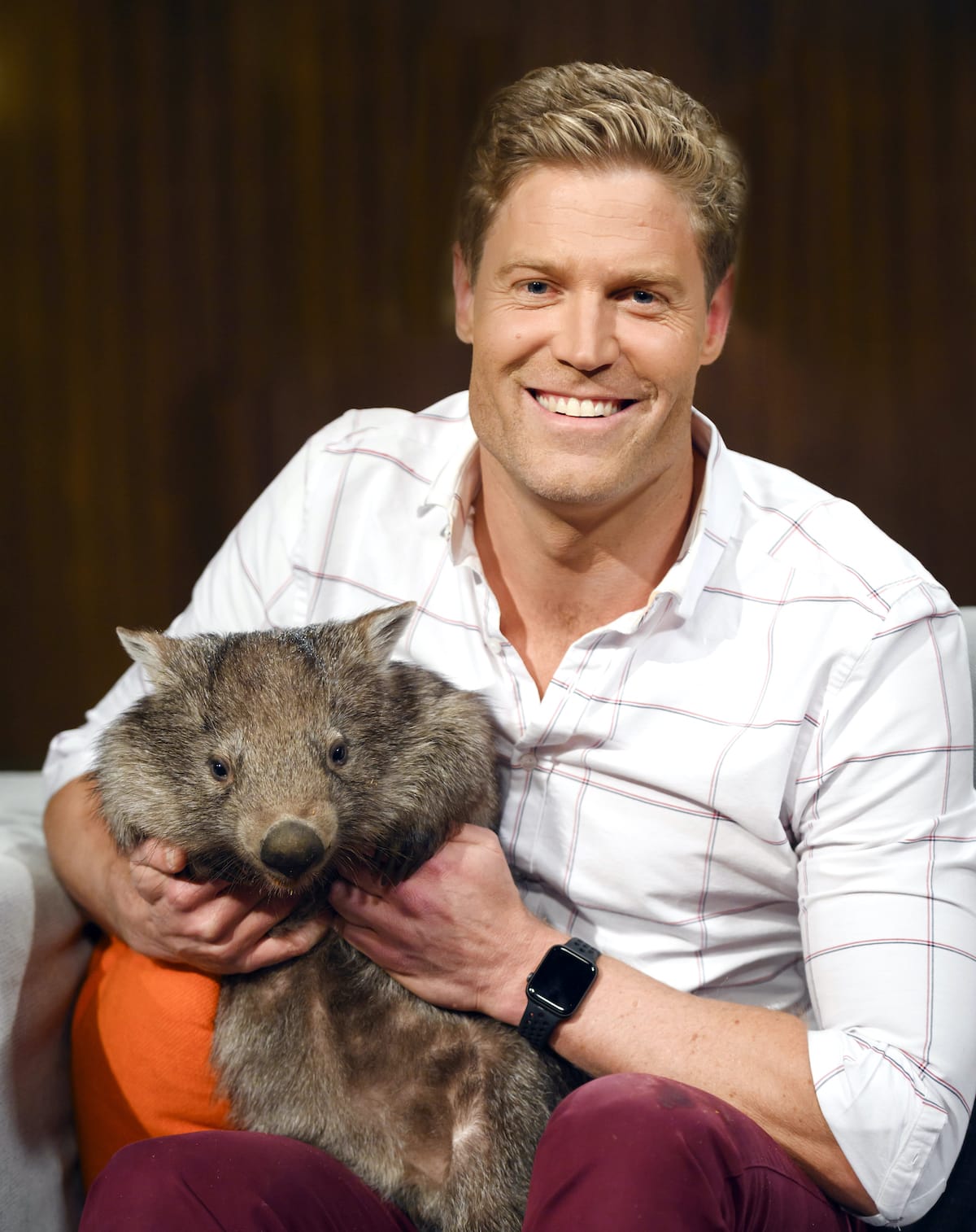 That was a few decades ago, and today Chris certainly fits a lot more into his day – you’d be hard-pressed, in fact, to get through a week without seeing him on TV or the cover of a magazine. As many people know, Chris was discovered by a marketing manager in Mossman Hotel, where, over dinner and beers with some mates, he was recounting some amusing stories about his work as a vet.

“There you go – Mum always said that nothing good would come from hanging out at the pub, but that guy saw something interesting in me,” he laughs. “Although I have to say, when I was asked to turn up at the studio, I was sceptical. A part of me thought it was all a joke – that I was being punked. Turns out it was for real.”

Speaking of being real, although Chris is a TV presenter and guest across a host of popular shows – The Open Road with Dr Chris, The Living Room, I’m a Celebrity…Get Me Out of Here!, Chris & Julia’s Sunday Night Takeaway, The Project and Bondi Vet – his passion still lies in his work with animals.

“The TV work I do takes up a lot of time but I am still often at our Bondi Junction hospital and it’s what I am trained to do, and love. I will never step away from that,” he says with conviction. “If I’m at home then I might be there all week. It’s a slice of normality and realness. And pets do not care if you’re on TV or not! People often walk in and say things like, ‘Oh, do you actually work here?’

“I have to laugh, as of course I do. The show isn’t made up. One guy even came in and said, ‘Geez you’re familiar! You’re on TV, aren’t you?’ I would have thought the name of our place – Bondi Vet Hospital – would be a good hint! Anyway, it took him a while and then he goes, ‘Oh, you’re that guy Dr Chris, who takes care of the animals on that show!’” Dr Chris Brown takes on I’m a Celebrity…Get Me Out of Here!

The hit TV series I’m a Celebrity…Get Me Out of Here! is another part of his life that Chris loves: “The camaraderie is awesome. You become close friends with people. You see them pushed to their limits and what they are going through is tough. I get to know the contestants on a deeper level.”

As anyone who has watched the series knows, casting is crucial. “They need to be people that everyone knows, and people who viewers want to learn more about,” Chris explains. “There might be controversy in their lives and people naturally want to hear their side of the story. Everyone is going to love a few in this next group, and the show is really based around how they all bond. It’s so real.”

It’s this live element of the show that keeps Chris hooked. “Anything can happen at any stage – there could be chaos just around the corner,” he says. “And I see these people every day – see how they grow and interact. It’s a nice position to be in, and I come to appreciate the undercurrents. These people are in the top of their fields in sport, politics, acting… and we are all humans after all. That’s what the audience loves – seeing things laid bare.”

Up until the pandemic hit, the series was filmed in Kruger National Park in South Africa. Chris reflects on his time there: “I got to work with African animals while I was over there – I was still working as a vet on the side,” he says. “It was like an extended working holiday for me, and I could brush up my skills on working with lions and leopards! That taught me a lot of patience and that I always need Plan Bs and Cs.. Chris continues, “Over there, I needed to think on my feet as it could literally save my life. I had a lion on an operating table last year for instance, and he woke up when I had my hand down his throat. He clamped his jaws down! We managed to sedate him again but I tell you what, that really had my heart racing!”

One thing’s for sure, life for Dr Chris Brown is never boring.

Meet more of our Aussie stars, such as Grant Denyer who recently starred in the new series of I’m a Celebrity…Get Me Out of Here! Or check out our conversation with the Monster Croc Wrangler himself, Matt Wright.