The Denyer’s take nothing for GRANTed Calling Bathurst home, Chezzi and Grant Denyer are thankful to connect with their community by lending a helping hand to causes that support farming families doing it tough.

At the Denyer home, just outside Bathurst in New South Wales, the sight of the TV Presenter and Gold Logie winner Grant Denyer greeting us at the front door seems almost familiar. Aside from gracing our television screens since 1997, his genuine, down-to-earth demeanour tricks us into thinking we’ve rocked up at a mate’s.

Chezzi, Grant’s wife and mother of their two girls Sailor, seven, and Scout, two, is equally hospitable — and real. The pair met when she was a producer on Channel Seven’s Sunrise, on which Grant was a presenter for 10 years. Last year Chezzi set up website Mummy Time, which features blogs, podcasts and a video series, all aimed at connecting mothers across Australia by sharing their stories of motherhood. In particular Chezzi focuses on perinatal depression and anxiety through her work with charity PANDA.

“Parenthood has taught me to be a lot more patient. When I first had Sailor, I thought having a baby wouldn’t change me at all. I thought she could just fit into our busy schedule — which was crazy,” admits Chezzi. “In her first year she took 100 flights — we had a lot of disasters. Now I’m a lot more go-with-the-flow, but it’s taken a lot of time to learn that.”

The tree change to Bathurst nearly five years ago, meanwhile, has been a homecoming of sorts. Both of them grew up in regional communities. Chezzi was raised in a town called Fremantle, an hour outside Bathurst. Grant spent his childhood in Avoca on the NSW Central Coast and on his family’s farm in Wagga Wagga. (The property has been in the family for 110 years.) 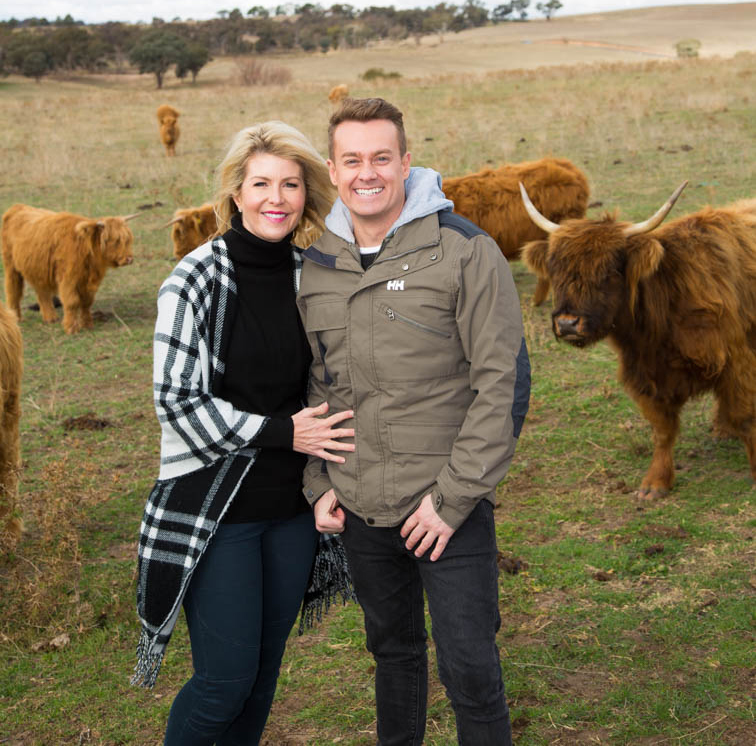 “I split my time between the coast and a rural life — the ultimate for any kid. I’d go between a tiny little quiet hamlet on the sea and big, open wide spaces in the outback. I learned to drive and round up sheep and spent a lot of time in the shearing shed,” says Grant.

It’s also where he developed his passion and talent for motor racing. Starting off with a handmade go-kart at seven, riding tractors and eventually going on to enjoy a highly successful motoring career, Grant’s won a number of championships. And the plentiful trophies in his shed represent only a quarter of what he’s won, with the rest stashed away in boxes.

After marrying in 2010, the Denyers knew they’d one day settle in the country. With Grant frequently on the road and following Sailor’s birth, Chezzi wanted to be close to her family in Bathurst.

“We were looking for about six months around Bathurst. We finally found this place and fell in love with the view,” she says. 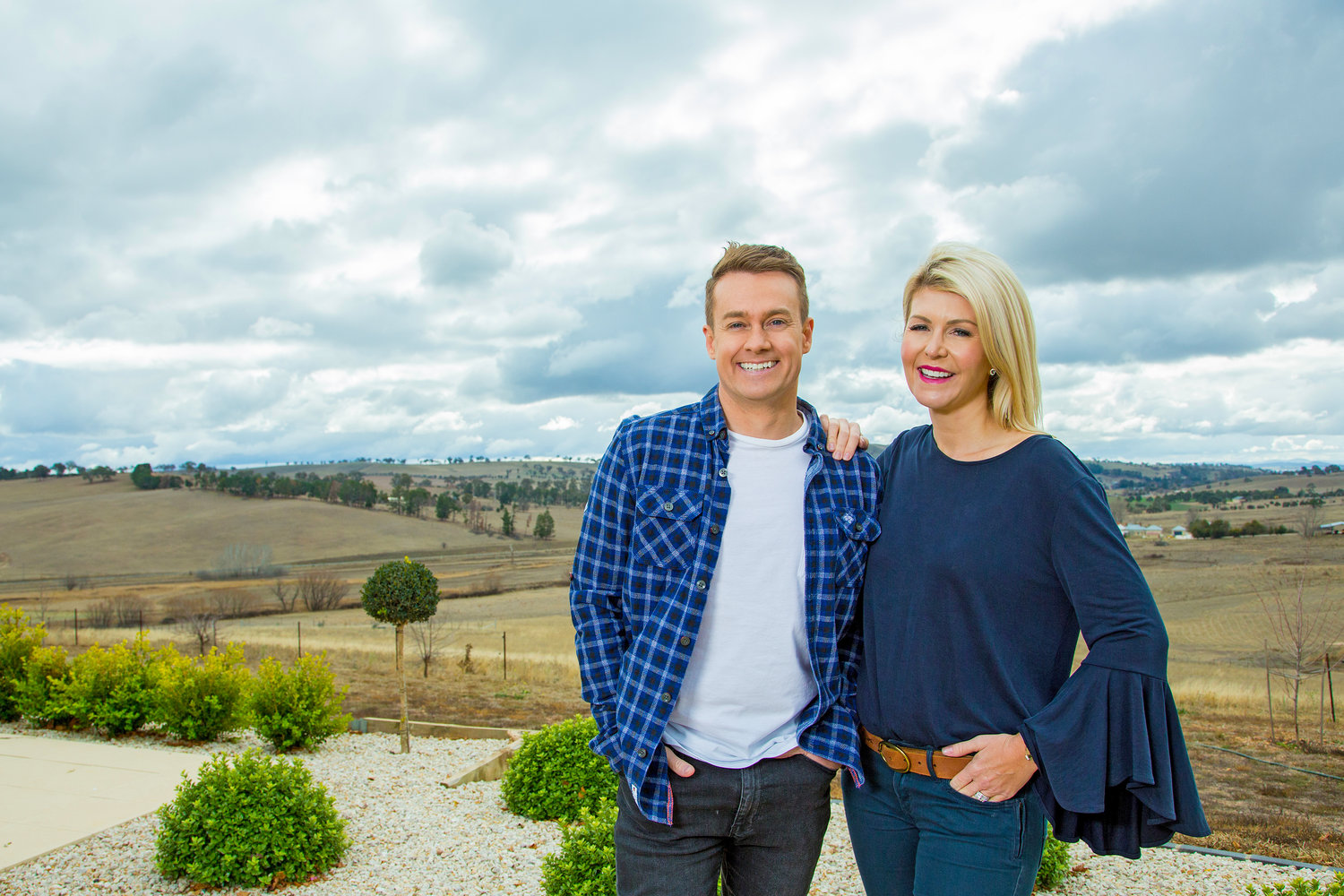 “It’s magic,” adds Grant. “It’s very balancing for your soul. I find it very restorative out this way. The media world is not a normal one, so I find this ‘renormalises’ me. The town is small enough that it feels really communal and friendly. But it’s big enough that it has everything you need. I think we’ve found the secret.”

Inside ‘Hyfield’, aside from a TV Week Logie Award sitting without fanfare on a hall table next to an oversized lamp, and framed memorabilia of Grant’s Dancing With The Stars win, the interiors are like any other home belonging to a young family. Large family photos line the hallways and plush runners provide cushioning for little feet, (and paws). The family has a rust-coloured cavoodle, creatively named Princess Popping Popcorn by the couple’s daughters.

Like their dad, the girls love to ride motorbikes and relish nature-spotting expeditions with their parents. Especially when it involves discovering some platypi at a local river.

“We’ve got cows, too,” says Grant. “We’ve got some life on the place. I wanted the kids to look out the window and see something. Our Scottish Highland cows are gorgeous but… I’ve got no idea what I’m doing with the cows. I’m the world’s greatest pretend-farmer you’ve ever seen. You should see the size of my hat — I’ve got all the gear and no idea!”

Last year Chezzi and Grant Denyer were ambassadors for Jeans for Genes Day, which both describe as a wonderful eye-opener to charity work. This year they actively sought out another charity close to their hearts.

“We approached Rural Aid because it seemed like a perfect fit. We’re on the land. We know what it’s like to have no feed and to be struggling with drought,” says Chezzi.

“We also wanted to throw our support behind them because we have a number of friends and family who’ve been doing it tough with mental illness brought on by the drought and extreme conditions.” 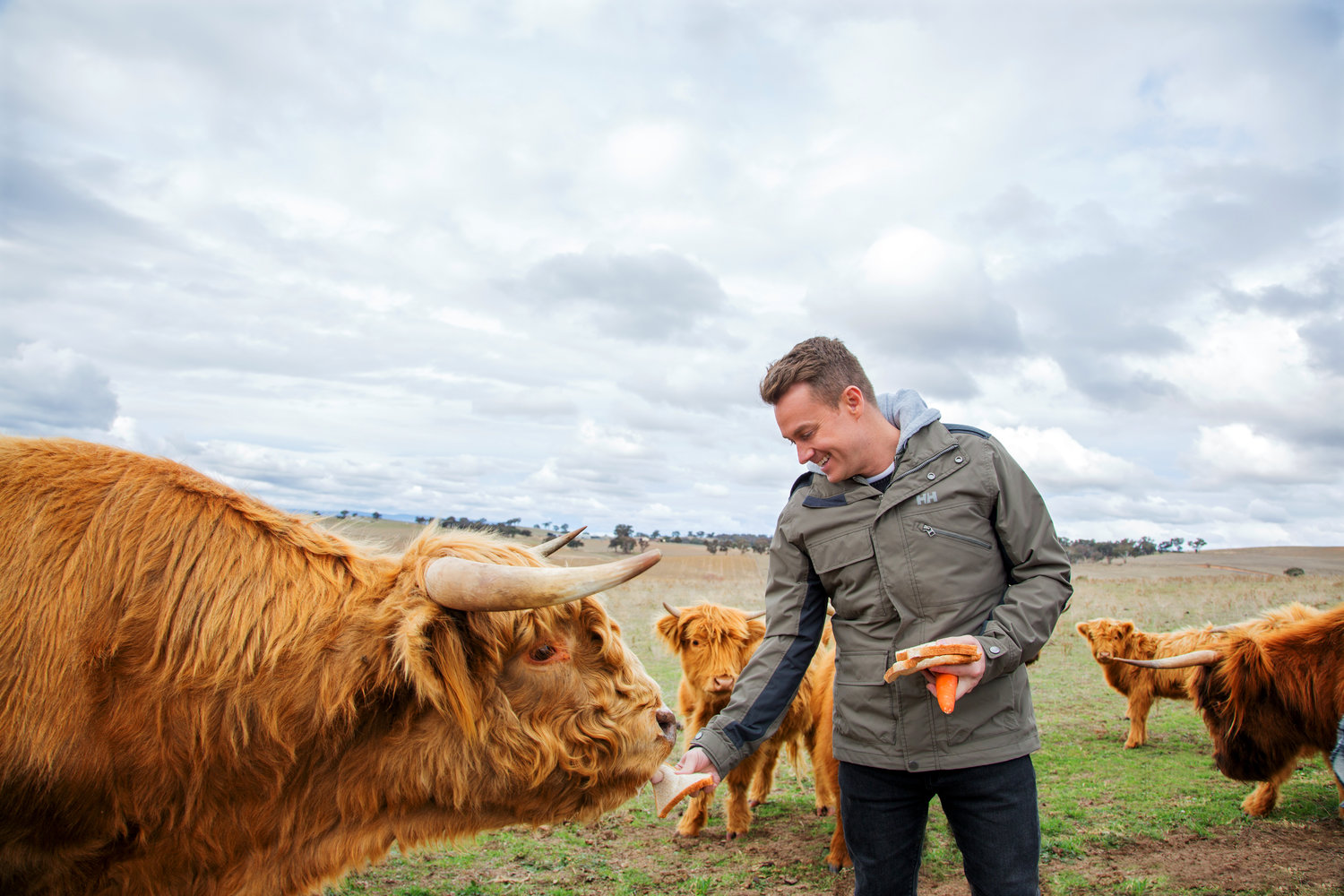 Grant says he was drawn to Rural Aid because of its simplicity. The Buy a Bale project allows people to donate a $20 bale of hay to a farming family so they can feed and hang on to their stock. It gives them a chance to continue once the weather turns good.

The Denyers are working with Rural Aid to devise a number of initiatives, including rescue programs to fix up farming houses in disrepair.

“We’re going to one this weekend where the sewerage isn’t working and it’s leaking under the kitchen floor. So we’re going in with a team of volunteer tradespeople to fix it,” says Chezzi.

The commuter lifestyle affords the couple the chance to be at home with their kids and still pursue the causes and work they are most passionate about. Grant’s daily breakfast radio stint on Sydney’s 2DayFM can be recorded either in the Sydney studios or from his own place.

“I have a little studio here at home, so I can do Sydney radio from our little farmhouse in Bathurst!” says Grant. “That allows me to be here for the kids. But obviously Sydney radio is a big, demanding beast and a competitive one. I’ve got to be in Sydney a lot, so those trips back and forth are critical for making inroads.”

For Chezzi, starting a business and working in TV as a mum from a rural base, with no internet, meant there were a few obstacles to overcome. “I started doing my blog The Chezzi Diares at the local library,” she says. “Then it just took off.”

Now, with the addition of Mummy Time, Chezzi interviews all sorts of mothers in both city and country.

“With the help of Rex, I’m able to head off in the morning, drop the kids off to school, interview mums throughout their day and then fly home and pick the kids up by the time they finish school. It’s amazing,” she says. 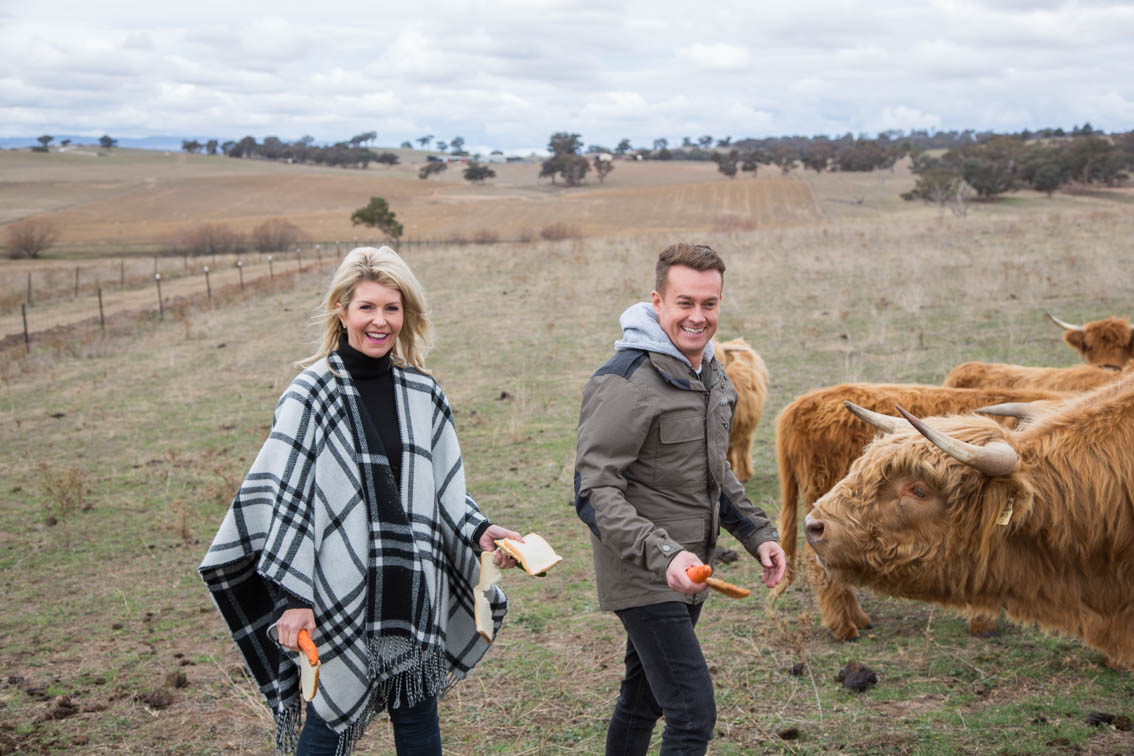 Throughout their travels around the country, the Denyers are forever buoyed by the resilience of Aussies. Reporting on many natural disasters during his time on Sunrise, Grant says the Australian spirit is unbreakable.

“Watching not just the human spirit but the Australian spirit when the chips are down — that never ceases to amaze me,” he says.

These days, Chezzi says she and Grant are a lot more appreciative of a slower pace in the country.

“Once I had kids, I realised I never really stopped to look around,” admits Grant.

“It was all about where I was going, not where I was. I never really enjoyed the wonderful opportunities I had. Whereas now, I tend to do that a little bit more and live in the moment. It’s kind of nice putting other people first. I really enjoy now my experiences of taking the girls with me, and we share it all as a family.”