The real world of Anna Gare She’s an accomplished chef, author, TV presenter, musician and mum who loves getting back to basics. Anna Gare chats to us about a life devoted to food, family and friends.

Anna Gare has an early childhood memory of moulding pies from sand in the family home’s backyard sandpit. “I was only about three years old,” she says. “And then later, at about six or seven years of age, I would wait on my sister as though we were in a restaurant. She would lounge around, and I’d ask her what she would like to order, then rush off and make it. Being the youngest kid of four, it was a sure-fire way to get the attention of my brother and sisters. I wooed them over with food and great service!” 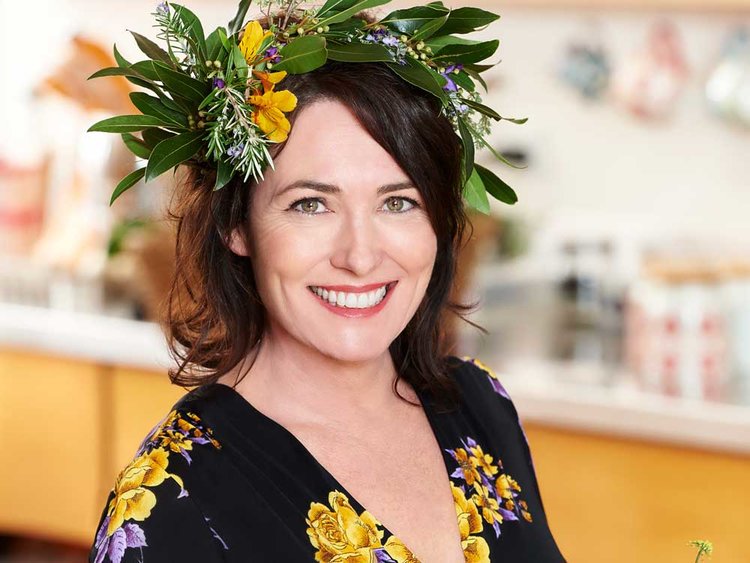 Taking over the kitchen young

By the time Anna could reach the benchtop of her mum’s kitchen, she was cooking for family and friends. “And that’s a very good thing, because my mum was a terrible cook!” she laughs. “The fact that she burnt toast and couldn’t boil an egg meant I had more free rein in the kitchen. Mum also really encouraged us all to pursue our dreams – which, four decades ago, wasn’t the norm. Now it’s different. Now kids are encouraged to follow their dreams or otherwise they’ll end up living lives that they don’t enjoy.”

When Anna was around eight, her family moved to Fremantle. All the kids were lucky enough to go to Lance Holt School, founded by the man of the same name. The school’s philosophy was based on creativity and getting out of the classroom. And so when Anna was about nine, and her friend around 10, they started a weekly restaurant in the arts classroom, offering three courses for $1 every Wednesday. “It was the best excuse ever to get out of class and be creative, and people loved it,” she says. “We loved that school because if you had an idea, they said ‘go for it’. It turned into such a success that when I went back there with one of our kids recently. It was nice to see that they were still running that restaurant on a Wednesday!”

One achievement after the other

Anna Gare was a very busy kid, and she hasn’t slowed down when it comes to adding more feathers to her cap. By 12, she and her sister had started a band with two of their friends called the Jam Tarts. They went on to tour the country, performing at acclaimed international music festivals and on TV for more than 10 years.

While she was growing up, Anna also had a dream of being in The Guinness Book of Records, which she was always reading with her siblings. That dream came true in 2014, after she was approached by Ministry of Food (created by fellow chef and friend Jamie Oliver) to try and break the record for the most people at one cooking lesson. “We did it!” squeals Anna with delight. “There were thousands of kids making rainbow salad wraps, so there was beetroot and pear and everything else everywhere. It could have also broken the Guinness World Record for the biggest mess ever created!” 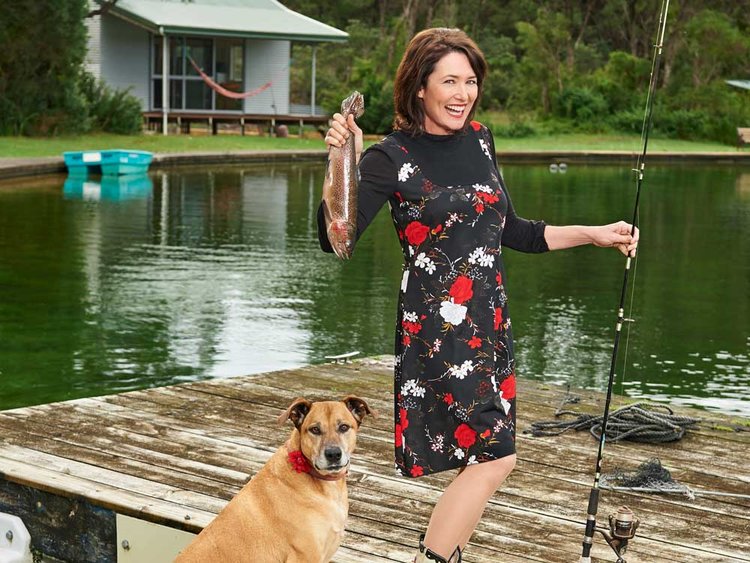 By 25, Anna Gare had two little kids, and decided it was time for a change. Although she’d been a musician for a decade, she always knew cooking was her calling. So she started her own catering company. “Music was and still is a huge part of my life. I am always cooking to music and when we get together my brother and sisters all sing and play music and carry on, but I just knew that it wasn’t my natural calling. I could sell a song, and I was a good performer, but I wasn’t the best in the group by far. Really, I just felt lucky to be there.”

From the first wedding she worked at, Anna’s business – Deluxe Catering – took off. “The phone didn’t stop ringing!” she says. Things rolled on from there. Anna went on to present her own cooking segment on chat show Perth at Five. She had cooking segments on Today Tonight and Perth’s Nuts and Bolts. She narrated a five-part series for The LifeStyle Channel, Chefs Christmas, where famous food-makers invited viewers into their homes to share their festive entertaining secrets.

In 2007 Anna starred with chefs Ben O’Donoghue and Darren Simpson in The Lifestyle Channel’s The Best in Australia. A year later she was nominated for ‘Favourite Female Personality’ at the 6th Annual ASTRA Awards. In 2010 she was a judge on Junior MasterChef Australia. In 2013, Anna co-hosted reality TV competition The Great Australian Bake Off. And in 2017 she began presenting the chef segment for Nine’s Destination WA.

Her latest show, Anna Gare’s Cab Fare, has Anna meeting taxi drivers from all over the world, chatting to them about their favourite recipes then going to their homes to cook the dishes. “It’s an idea that I have had for a really long time,” she says. “And I was so pleased when it came to fruition. It’s what I normally do anyway – chat to cabbies and learn about their lives. I love to discover the difference between our cultures. And everyone I met was so warm and welcoming – taking me into their homes to meet their families. You never stop learning with cooking, especially when cooking with others.”

All of the recipes that Anna makes then go online, and there are some crackers! Favourites include the Cambodian-style green mango and prawn salad, Cyrille’s zingy lemon tart (and his rich chocolate mousse), Toufic’s Lebanese stuffed zucchinis, Greg’s vegan lentil bolognese and Omar’s malawah (aka sweet Somalian pancake).

Her legacy in print

Of everything she has achieved in her career over the past four decades, Anna admits her three cookbooks are what make her the proudest. “I’ve always had all of these recipes in my head and on paper, and it’s the best feeling ever to have them all in books with beautiful shining covers, that people love. They are so popular. They are also something that I can leave behind for my children and for others.”

Despite the fame that has come from her many ventures, Anna loves nothing more than relaxing with her husband and kids in the great outdoors. One of their favourite places to do this is on their old cray boat. 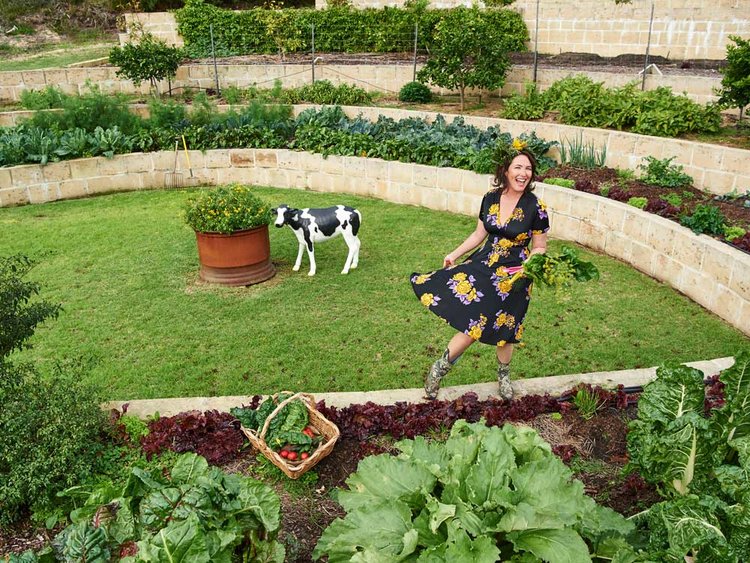 Finding time to relax and explore

“I love lying in our swags on the beach or on the boat – which is really a platform floating in the sea! – with lots and lots of stars above my head. We often head out to the Abrolhos Islands from Fremantle – it’s such a magical place. I’ll say to my husband or the kids, ‘Right, what shall we eat today?’ And they’ll go and catch a coral trout and bring back only what we are going to eat. It’s about the hunt, the catch and the cooking – getting back to the basics. And we meet the local crayfish women and men, who are amazing people.”

Some of Anna’s other favourite places in Australia are Kununurra in the Kimberley, Exmouth (where she recently went swimming with whale sharks) and the beautiful place she calls home – Denmark and the Great Southern region. “It’s been four years now since we moved to the bush, and I can’t get enough of it,” she says. “It’s the best thing we’ve ever done. Down here there are so many people growing their own produce and making their own food from scratch. So many people are looking for a healthier life these days – wanting food with no preservatives, no additives. They are taking a more environmentalist approach to their food, and that’s a fantastic thing, as really, it’s about getting back in touch with the real world. And more and more today, that’s what people need, to reconnect with the real world.”

You can read more about Anna Gare and her latest ventures on her website, annagare.com.au